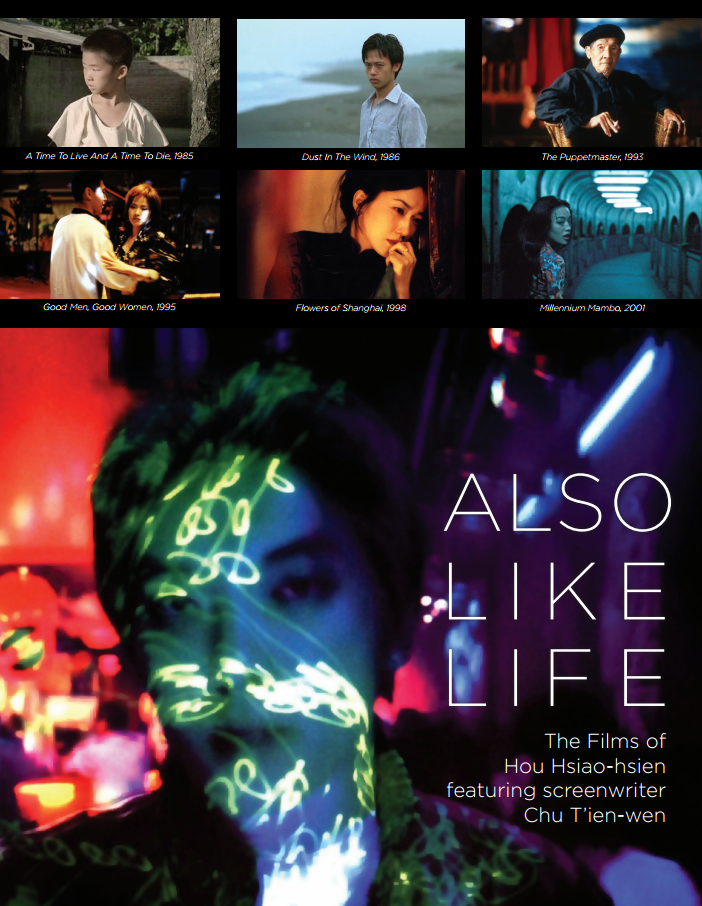 In honor of Taiwanese writer Chu Tien-wen (朱天文), the recipient of this year's Newman Prize for Chinese Literature, the Taiwan Academy in Houston will organize a series of literary discussions and film screenings in the southern U.S. from March 5 through 15.

Chu, 58, won the title for her "Fin-de-Siecle Splendor,” a collection of short stories set in Taipei. She is the first female Newman laureate and the second Taiwanese writer to ever win the annual award organized by the University of Oklahoma's Institute for U.S.-China Issues. As she travels to the city of Norman to receive her award, her visit will be greeted with screenings of films by Hou Hsiao-hsien (侯孝賢), a celebrated Taiwanese filmmaker and long-time collaborator to Chu in her capacity as a screenwriter.

"Also Like Life: The Films of Hou Hsiao-hsien” is a retrospective take on the career of Hou, a leading figure in Taiwan's New Wave Cinema movement. Apart from classic productions such as the heartrending tale of four courtesans in "Flowers of Shanghai” and the politically charged "A City of Sadness,” "HHH: A Potrait of Hou Hsiao-hsien,” a 1997 documentary made by French filmmaker Olivier Assayas focusing on Taiwan through the eyes of Hou, will also be shown.

The retrospective series organized by Richard Suchenski, director of the Center for Moving Image Arts at Bard College, was previously shown at the Austrian Film Museum in Vienna and the Museum of the Moving Image in New York. It will make its southern debut at the University of Oklahoma, the Museum of Fine Arts in Houston, and Rice University.

Chu — who wrote the script to renowned films such as Hou's "The Boys from Fengkuei,” "Dust in the Wind,” "The Puppetmaster,” and "Millennium Mambo” — will speak at the University of Oklahoma on March 5 and at Rice University on March 9.