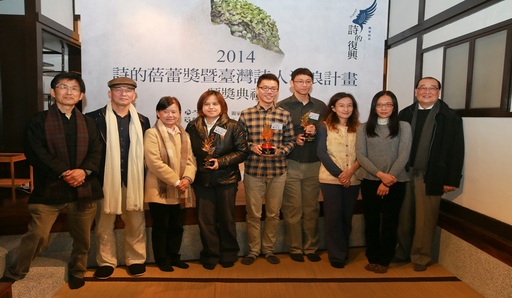 The first award and subsidy winners were announced at an awards ceremony on Feb. 6. Culture Minister Hung Meng-chi (洪孟啟) congratulated the three winners, noting that the awards and the program have helped unearthed promising new poets in Taiwan. The winners' poems cover topics from the urban landscape to rural towns and provide different perspectives on the island.

Budding Poetry winner Chen Liang-wen's (陳亮文) award-winning poem stood out from 71 entries by focusing on social and ecological issues. He said "through poetry I found the courage and strength to speak up and to communicate with the world.”

Wandering Poet recipient Chen Yu-wen (陳昱文) plans to travel in Hong Kong to ponder on the rendezvous and impact among Taiwan, Hong Kong, and mainland China writers. He thanked the Ministry and the jury for giving him the opportunity to realize his dream of walking out of his study and embarking on a trip.

Fellow recipient Chen You-chen (陳祐禎) plans to go on a pilgrimage by visiting the Wutai Mountains, a Buddhist mecca in northern China, to write poems in a religious surrounding. She believed that "words have their own tenderness. By simply having a pen, we can create a world, even one that is already gone.”

The Ministry said it aims to help more poets and writers put down the thoughts and lifestyles of their time into rich literary writings through the award and the subsidy program. 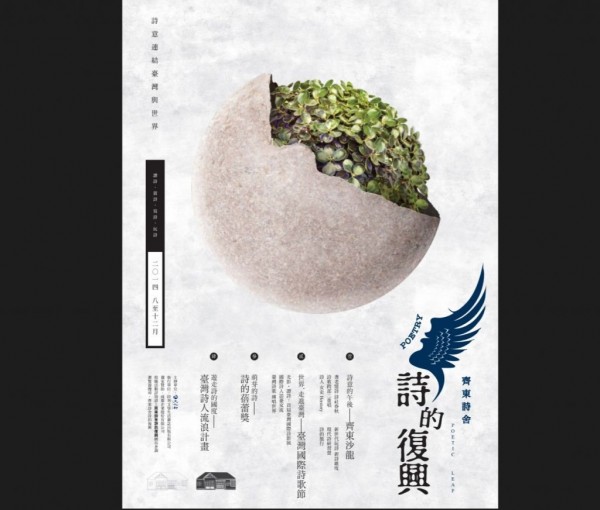