Taiwan will send a delegation to the 2015 Angoulême International Comics Festival in France, marking Taiwan's fourth participation in the renowned comics fair since 2012.

Between Jan. 29 and Feb. 1, the Taiwanese delegation will share with festival participants more historic stories from the island with this year's theme "Strangers of Formosa (Les étrangers à Formose).” The comics to be showcased at the French festival depict several well-known and unknown strangers who once lived in Taiwan.

Over the last four centuries, many strangers have crossed the sea to land in Taiwan, including the various colonizers that came from Spain, the Netherlands, the United Kingdom, Portugal, and Japan. Heritage sites and cultural remnants remain from during the time of their colonization of Taiwan — once known as Formosa — such as the historic monument Fort San Domingo, Western religions, and the initial modern medical and educational systems.

Other foreign expatriates have also contributed to Taiwan's diverse culture, which is reflected in the frequent use of loaned words in local languages and latent architectural styles. Examples include the Chinese word for "bread (麵包),” which originated from the Portuguese "pan,” and the Chinese word for "soap (肥皂),” which is a transliteration of the French "savon.”

In addition to the cultural heritage, many foreigners have also contributed to research on Taiwan. For example, Robert Swinhoe, a British representative to Formosa during the 1860s, was the first professional bird watcher in Taiwan. He also discovered the Formosan clouded leopard, an extinct species native to the island, and the Swinhoe's pheasant, which is endemic to Taiwan as well. 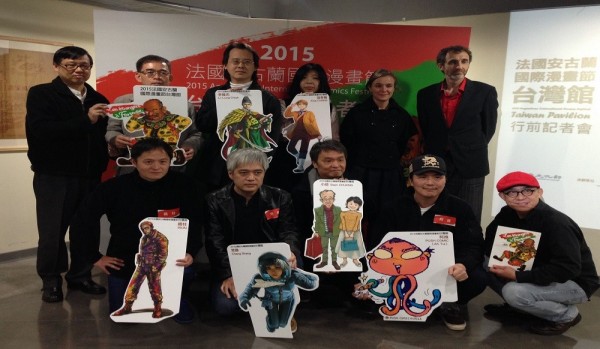