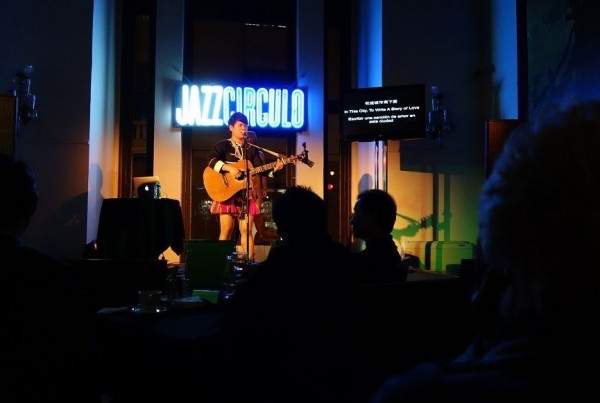 The Circulo de Bellas Artes in Madrid, one of the partner institutions of the Ministry of Culture's Spotlight Taiwan project, organized a series of Taiwan-related events between Dec. 2 and 7. Dubbed one of the art center's year-end highlights, "Made in Taiwan — Taiwan in el Circulo” offered a variety of programs featuring Taiwan's cinema, music, and dance.

The event opened with the Chang Dance Theater's 2014 work, "Fabrication,” a fusion of modern dance and magic that discusses how people in today's bustling world can restore their interpersonal relations.

Aboriginal singer Suming then performed traditional Amis music and his own style that combines indigenous music with jazz and even techno.

Co-organized by Taiwan's representative office in Spain and the Circulo center, the "Made in Taiwan — Taiwan in el Circulo” program is part of the global Spotlight Taiwan project, which is sponsored by Taiwanese entrepreneur Samuel Yin (尹衍樑) and supervised by the Ministry of Culture.