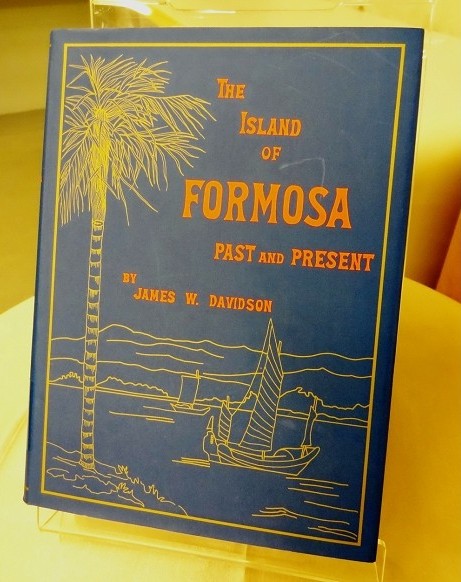 In cooperation with SMC Publishing Inc. (南天書局), the National Museum of Taiwan History (NMTH) under the Ministry of Culture has published a two-volume Chinese translation of "The Island of Formosa, Past and Present,” a comprehensive history of Taiwan written by the renowned American explorer James W. Davidson in 1903.

Davidson was the first United States consular agent stationed in Taiwan. He came to Taiwan as a reporter in 1895 to report on the situation of Taiwan at that time and then served as the U. S. consul in Taiwan between 1897 and 1903. He spent eight years in research before writing 'The Island of Formosa,' andthe museum noted that the original Davidson book in its collection has become an important reference of Taiwan's history in the English language.

Jackson Tan (陳政三), a seasoned translator tasked with converting Davidson's book into Chinese, has also added a wealth of annotation data. Using the cited sources named by Davidson in the original text, Tan has conducted quite a bit of historical research and provided supplementary information to help readers better understand the sources Davidson consulted when writing the book.

The translated publication includes several appendixes, including an original comparison table compiled by Davidson on the languages of Taiwan's nine major aboriginal tribes; survey records of Taiwan's land birds and mammals contributed by J. D. de La Touche; Taiwan's weather conditions in the late 19th and early 20th century; and an introduction to Davidson edited by the translator based on his research.

NMTH Director Lu Li-cheng (呂理政)said books on Taiwan-related records and subjects written by scholars, missionaries, or reporters have begun to appear in the West since the mid-19th century. Those books have helped pave the way for the study of Taiwan's history after the turn of the 20th century and provide an interesting perspective on Westerners' study of Taiwan and their observations.

The museum plans to continue translating and publishing additional Western books on the study of Taiwan from the late 19th to early 20th century.