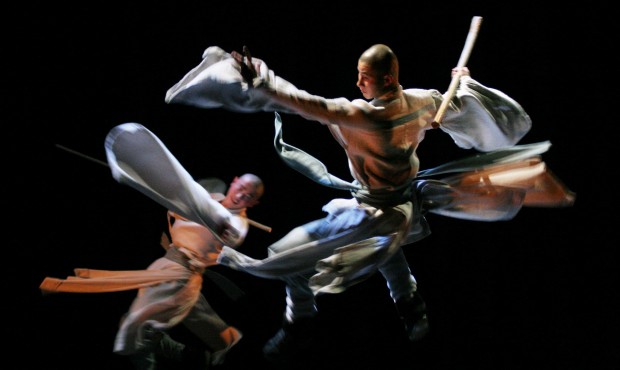 Taiwan's U-Theatre (優人神鼓), an artful performance group best known for its entrancing and remarkably poised oriental rituals, will embark on a three-nation European tour that will offer one-night shows in Belgium, the Netherlands, and Italy.

December Dance, an annual festival that takes place in the Belgian city of Brugge, will play host to U-Theatre's first stop on Dec. 4. The troupe is scheduled to present "Beyond Time,” which has been lauded by event organizer Concertgebouw as "an unforgettable mix of traditional martial arts, contemporary choreography, energetic oriental percussion, tai chi, dance and meditation techniques.”

Concertgebouw has also invited Liu Ruo-yu (劉若瑀), artistic director of U-Theatre, to participate in a forum with Belgian dance critics prior to the Dec. 4 performance to introduce to audiences the conception of "Beyond Time.”

The group will then stop by Muziekgebouw, Amsterdam's premier stage for contemporary and classic music. Inspired by the bell-striking rituals of Buddhist temples, the U-Theatre classic "Sound of the Ocean” will greet Dutch audiences on Dec. 7.

The European tour will end in Italy's Pordenone, where the city's famous theater hall — Theatro Comunale Giuseppe Verdi — will host the last rendition of "Sound of the Ocean” on Dec. 10.

In other related news, Taiwanese-born, Berlin-based male dancer Sun Shang-chi (孫尚綺) will also join U-Theatre in Brugge. His abstract, non-narrated choreography "Uphill,” a three-person dance piece comprised purely of body language to emulate provocation and trust, will be shown on Dec. 11 at 8pm in Magdalenazaal @ Concertgebouw.