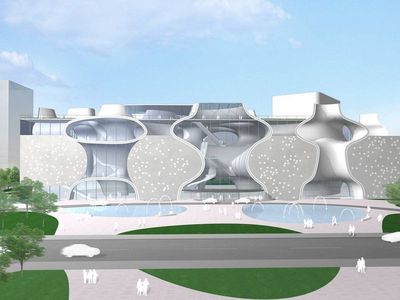 To help Taiwan's performing arts groups perfect their performances, the Ministry of Culture will offer the "Rehearsal Subsidy Program for Performing Arts” starting in 2015.

Up until now, domestic performing groups have generally lacked rehearsal space. Although local government agencies have provided idle public space for rehearsal purposes, most groups could not conduct a complete rehearsal before going on stage due to the lack of funds and access to fully-equipped facilities.

As such, they have often faced the scenario of "the first dress rehearsal becoming the first showing,” in which the performers have to perform in front of a real audience with no previous assurance that the new piece of work will succeed on the official stage.

The Ministry of Culture's new measure will enable performing groups to carry through complete rehearsals before performing on stage, Minister Lung Ying-tai said, adding that "with the performers both in the foreground of and behind a scene, a performance will be made more perfect. Rehearsals allow dancers and actors to behave more assured on stage under more accurate placement of lighting and sound effects.”

Manpower, resources, and financial support are required for both technical and performance rehearsals. Moreover, as new performance halls and venues in northern, central, and southern Taiwan are being completed in succession, the space available for domestic performing groups to display their talents will be increased significantly.

For example, one of the potential new rehearsal venues is the newly inaugurated Cloud Gate Rehearsal Site in New Taipei, which has two rehearsal spaces that are the same size as the National Theater and Concert Hall stages. These spaces will enable dancers and technicians to become familiar with the conditions of formal performance on stage and highlight the importance of technical and performance rehearsals.

To expand on opportunities to perform abroad by invitation, assist domestic groups in adapting to different performing environments, and enable more perfect performances have become important concerns that the Ministry of Culture has to address when supporting domestic performing groups.

The Ministry of Culture plans to set aside a budget of NT$15 million (approximately US$489,800) for subsidizing performing groups in the fields of music, dance, traditional opera, and modern drama in 2015. Those groups can submit in advance their rehearsal programs before the premiere of a new work or an overseas performance.

The subsidy will not only support performing groups to use professional rehearsal venues, but also allow the groups to invite industry experts to guide their rehearsals, enabling such groups to present more perfect shows on stage and to enhance their performance quality.

Therefore, the subsidies will be used to pay rent for rehearsal venues, fees for stage lighting and hired technicians, and other related expenses required for strengthening the public performance.