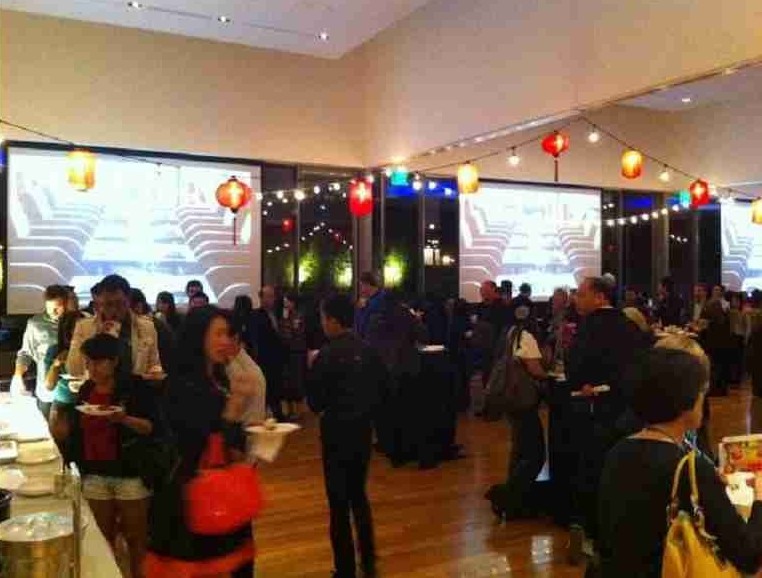 "Taste of Taiwan,” a promotional event on Taiwanese cuisine, offered a wide variety of snacks to Houston gourmands at the Asia Society's Texas branch on Nov. 6.

Several well-known local restaurants and tea shops in Houston, including Kung Fu Tea, Yummy Kitchen, I Ping Bakery, Paxon's Café, and The Path of Tea, set up stands and served Taiwanese food. A short film was also screened on site to introduce the features of Taiwanese cuisine that reflects the island's immigration history and cultural diversity.

Some 250 local residents attended the event organized under the Ministry of Culture's "Spotlight Taiwan” project. The U.S.-based society signed a memorandum of understanding with the Ministry in late July and plans to organize a yearlong series of activities to promote Taiwan's culture.

Following the food-tasting event are two concerts respectively scheduled for the coming July and September. The first will feature the TaiwuChildren's Ancient Ballads Troupe, an award-winning choir comprising indigenous children, and the second event will introduce American vocalist Jen Shyu, who was born to a Taiwanese parent.

To promote international cultural exchanges and cultivate a greater interest in and appreciation of Taiwan's culture worldwide, public and private resources are being brought together for the Spotlight Taiwan project, which will run from 2013 through 2016 with funding donated by Taiwanese entrepreneur SamuelYin.