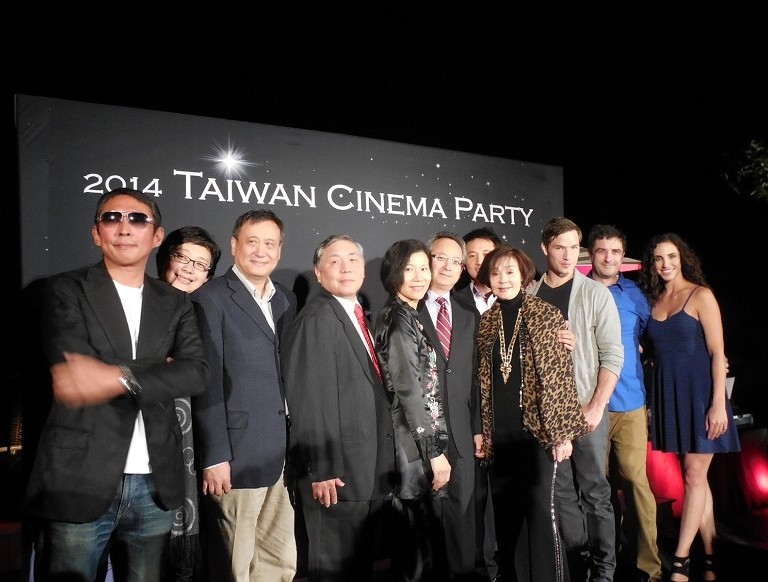 Taiwanese films have returned to the American Film Market in Los Angeles after a seven-year hiatus in a campaign organized by the Ministry of Culture's Bureau of Audiovisual and Music Industry Development.

To promote Taiwanese films and TV productions to American audiovisual professionals, Steve C. C. Hsia, director of the Taipei Economic and Cultural Office in LA, also hosted the "Taiwan Cinema Party” at the sidelines of the American Film Market on Nov. 8

Taiwanese films are made on the foundation of a cultural diversity and history that has changed rapidly over the past century, Hsia said in a speech to nearly 200 participants at the party. The official also expressed his hope that such films can help deepen understanding of Taiwanese society and culture by entering the American market.

The newly-opened outpost of the Taiwan Academy in Los Angeles screens Taiwanese films every week and everyone is welcomed to visit, Hsia added. He also encouraged Californian motion picture professionals to discuss shooting films in Taiwan with the academy.

The Bureau had organized a delegation of 11 Taiwanese film production studios for the film fair in Santa Monica to introduce a variety of Taiwanese productions, from drama, action films, and short films to documentaries, said Chi Tung-yang, director of the academy.

The American Film Market, which was launched in 1981, attracts the world's major film and TV distributors, directors, producers, playwrights, investors, and representatives on an annual basis. The event serves as a key platform for exchanges and business in the global audiovisual industry.