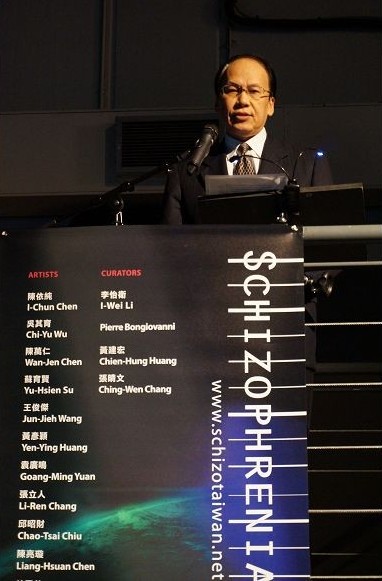 "Schizophrenia Taiwan 2.0,” a new media exhibition featuring 14 young Taiwanese artists, will be shown at the University of Westminster in London starting Oct. 23.

The exhibition has toured several cities, including Austria's Linz, Saint Petersburg in Russia, Germany's Berlin, and Paris in France. The exhibited works of new media and techno art portray the contradiction between traditions and innovation, the establishment of diversity and tolerance, the debate between re-unification and independence, as well as the development of contemporary Taiwanese culture and society.

London will be the fifth leg of an ongoing European tour for "Schizophrenia Taiwan 2.0.” Seven of the artists and two Taiwanese scholars were present at the exhibition preview on Oct. 23 while Liu Chih-kung (劉志攻), Taiwan's top envoy to the United Kingdom, also graced the event to give his fellow Taiwanese compatriots a warm welcome.

Michael Maziere, art director of the university's Amibika P3 Gallery, gave the opening speech, which was followed by the Taiwanese envoy's address. Liu thanked the university for its efforts in organizing the exhibition and said he looked forward to more bilateral cultural exchanges between Taiwan and the UK.

The new media exhibition will set foot in Marseille in November. 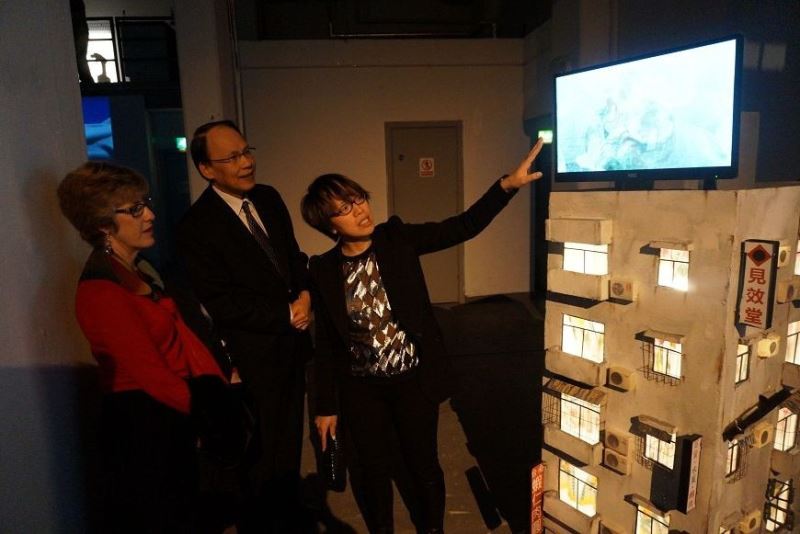