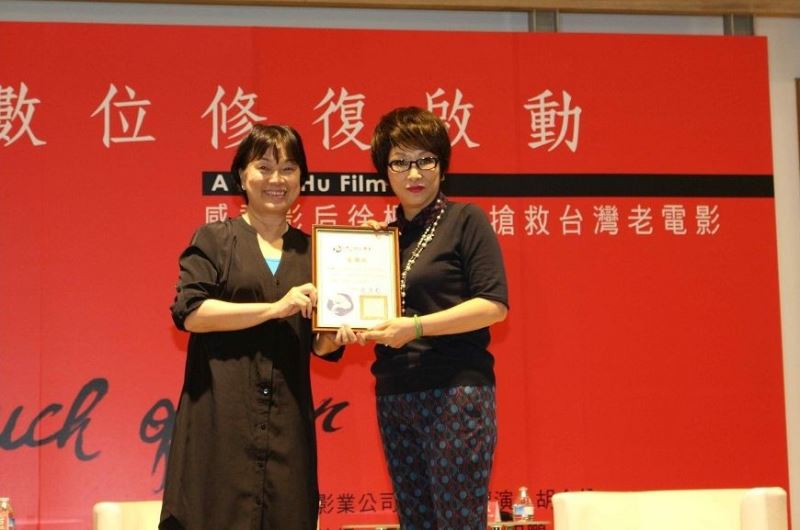 To thank veteran actress and producer Hsu Feng (徐楓) for using her celebrity influence to bring public attention to the importance of restoring old films, Culture Minister Lung Ying-tai presented her with a special award on Sept. 29.

Hsu, who had twice won the Best Leading Actress award at the Golden Horse Awards, has recently donated NT$5.1 million to the Taiwan Film Institute (國家電影中心), Taiwan's leading agency in charge of preserving the nation's film heritage, to restore her iconic 1971 film 'A Touch of Zen' (俠女).

'A Touch of Zen,' along with films directed by Ang Lee (李安) and Tsui Hark (徐克), is part of what makes Chinese-language films unique and irreplaceable, the Minister noted as she called upon the public to join the restoration work together.

The restoration of old films requires around NT$5 million to NT$6 million per film. However, Hsu's donation has made it possible to bring back 'A Touch of Zen,' which will be restored using a high-quality 4k restoration technique by a professional workshop in Italy.

The film, directed by the late King Hu (胡金) over a period of three years, won significant acclaim and became the first Chinese-language action film ever to win a prize at the Cannes Film Festival by claiming the Technical Grand Prize award in 1975.