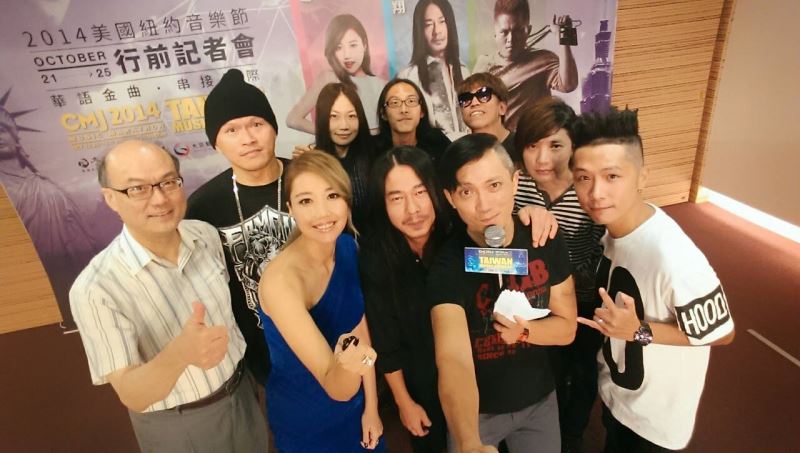 Following in the footsteps of Taiwanese-American rapper Miss Ko (葛仲珊), Taiwanese singer-songwriter Joanna Wang (王若琳), and DJ Noodles, the new trio will be performing in some of New York City's greatest nightclubs and theaters and become part of the concert's 34-year-old history.

Their performance, Taiwan Night, is scheduled to take place at the Highline Ballroom in Manhattan on Oct. 24. The venue can host up to 700 people and the event will be the fourth Taiwan-themed concert to be staged at the annual CMJ Music Marathon.

A-Lin, a member of the Amis tribe known for her powerful vocals, revealed that she plans to incorporate ancient Amis tunes into her music and to introduce Taiwanese aboriginal music to the audience in New York.

Singer-songwriter Luantan Ascent added that his half of the performance will feature Taiwanese-language songs, while Dwagie, whose lyrics often address news events and social concerns, said he has prepared his own brand of English-language hip-hop songs.

The 2014 CMJ Music Marathon, which will take place from Oct. 21 to 25, will feature performances by over 1,300 singers in more than 80 venues across New York this year.