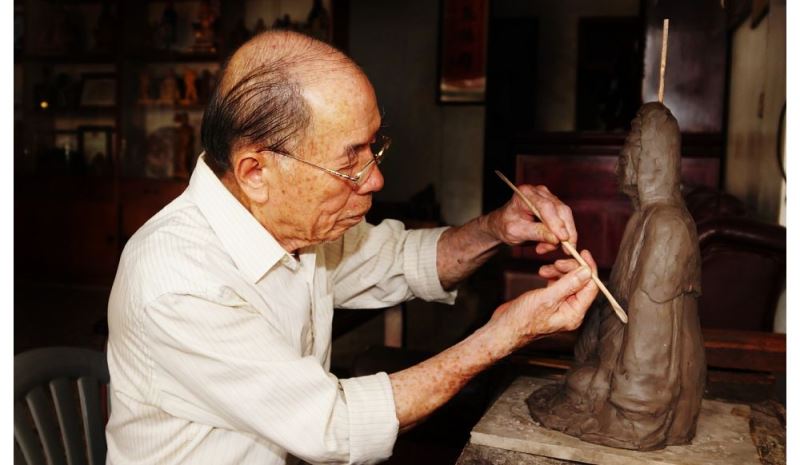 Veteran artisan Shih Chih-hui (施至輝), who has been devoted to the trade of wooden Buddha sculptures since the age of 16, has been selected as the recipient of the 2014 National Crafts Achievement Award.

Born in Changhua's Lukang Township, Shih began his apprenticeship in 1950 under his father, who was an established and revered craftsman skilled in the Quangzhou-style of decorated Buddha statues.

Moreover, in adherence to the strict traditions governing the creation of religious objects, Shih also practices worshipping the block of wood before it is touched by a sculpturing knife (開斧), in which the deity is asked to grant consent to the making of a statue in its image; a statue possession ceremony (入神) in which auspicious items such as hornets and cereal grains are used to imbue the deity's consciousness into the sculpture; and the final act of dotting the eyes (開光點眼) to awaken the statue.

The artisan will be honored in an awards ceremony on Oct. 5 at the National Taiwan Museum's South Gate Park in Taipei.