The nominees for the 49th Golden Bell Awards for television and broadcasting were announced as part of the promotional events held alongside the Taipei TV Festival on Sept. 18.

According to the Bureau of Audiovisual and Pop Music Industry, a total of 870 productions have been entered for 27 broadcasting awards, while 1,699 productions will compete for 35 awards in the television category.

The judge committee will be chaired by veteran broadcaster Yu Kuang (余光), the recipient of last year's Golden Bell special achievement award, and the final selection will be revealed in an awards ceremony at the National Dr. Sun Yat-sen Memorial Hall on Oct. 18 for the broadcasting category, while a separate event will be held on Oct. 25 to announce the winners of the television category.

Foreign audiences will be able to see the live ceremony broadcast on Cti Asia (中天亞洲台) in Southeast Asia and Cti International (中天美洲台) in North America. A live stream over the internet will also be made available to computer and smartphone users.

More information in Chinese is available at http://goldenbellawards.tavis.tw/. 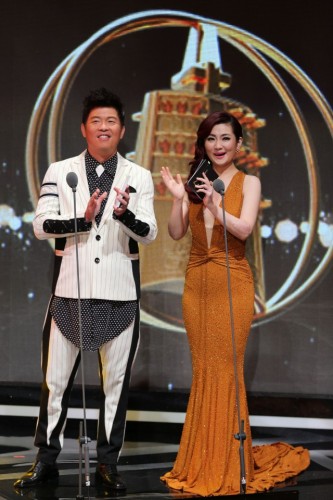