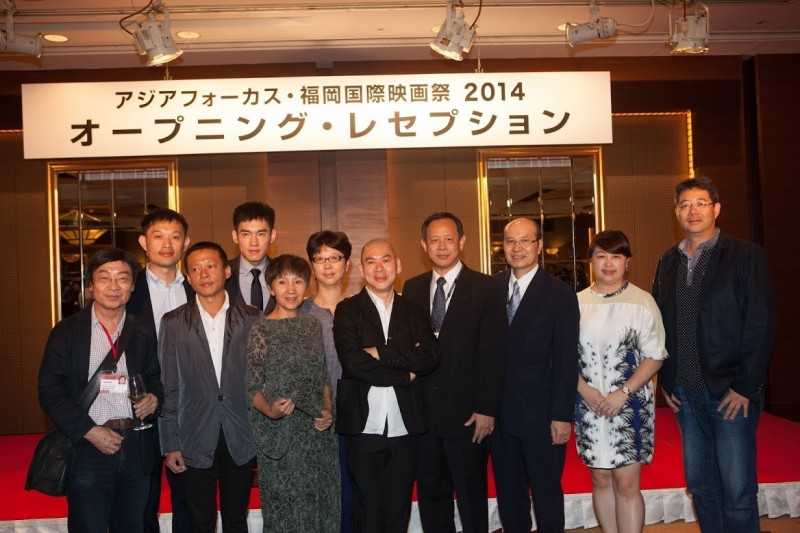 Yasuhiro Hariki (梁木靖弘), head executive of the Fukuoka International Film Festival, noted that the quality of Taiwanese movie productions has been steadily on the rise, and that directors such as Tsai Ming-liang have successfully integrated the bitter essence of life to produce award-winning works.

He then explained that the Fukuoka film festival has specially organized a Taiwan section this year to meet the Japanese demand for Taiwan-made films.

Eight Taiwanese films will be screened at the event, including 'The Boar King' (山豬溫泉), a drama dealing with the grievous aftermath of a typhoon; 'Stray Dogs' (郊遊), an art film depicting the struggles of a homeless man and his two kids; and 'Seediq Bale' (賽德克．巴萊), a battle epic of aborigines striking back against Japanese colonial authorities.

The documentary 'Beyond Beauty: Taiwan from Above' (看見台灣) and its breathtaking aerial vantage of Taiwan's natural beauty, 'The Passage' (經過) on the secrets of the National Palace Museum, a documentary on the life of the iconic Taiwanese-Japanese architect Kuo Mao-lin (郭茂林), and Taiwanese baseball film 'Kano' will also be screened between Sept. 12 and 21.