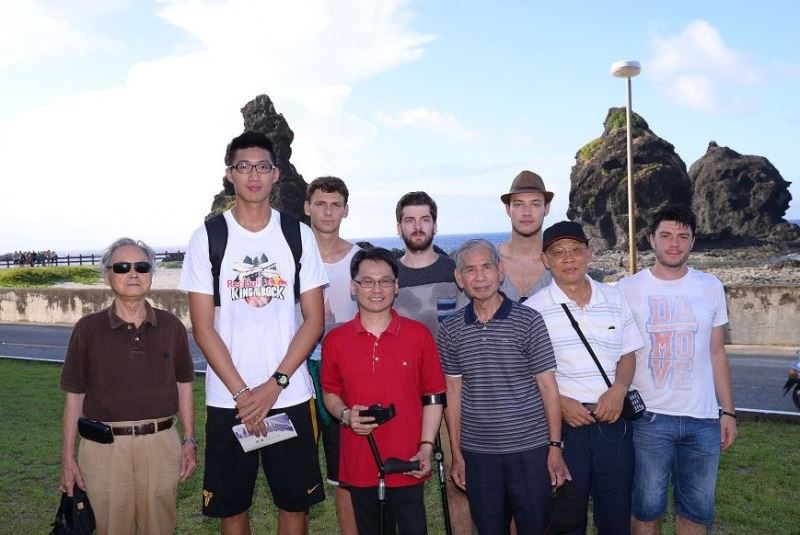 The final round of a worldwide one-on-one basketball tournament was held at the offshore Green Island Human Rights Memorial Park on Sept. 6 to promote the spirit of sportsmanship, perseverance, and tolerance.

The Red Bull King of the Rock is an annual basketball elimination tournament that was first held on Alcatraz Island — otherwise known as The Rock — in the San Francisco Bay during 2010. Now in its fifth year, the tournament has set its sights on another unique island prison facility, Taiwan's very own Green Island offshore of Taitung County.

Prior to the start of the game, the basketball players were given a tour led by Chen Qin (陳欽), a political victim who survived his imprisonment on the island. Italian contestant Matteo Piccoli also commented on the unbearable heat and expressed his respect for those who endured imprisonment for more than two decades under such conditions.

The 32-hectare Green Island Human Rights Memorial Park stands upon the site of a major "re-education” facility during Taiwan's martial law period known as "White Terror.” At one point, political prisoners and military management personnel numbered over 3,000, which was almost the same as the indigenous population then. Pictured in the center in red is Wang Yi-chun (王逸群), director of the Preparatory Office of the Human Rights Museum, the supervising agency of the Green Island Human Rights Memorial Park. 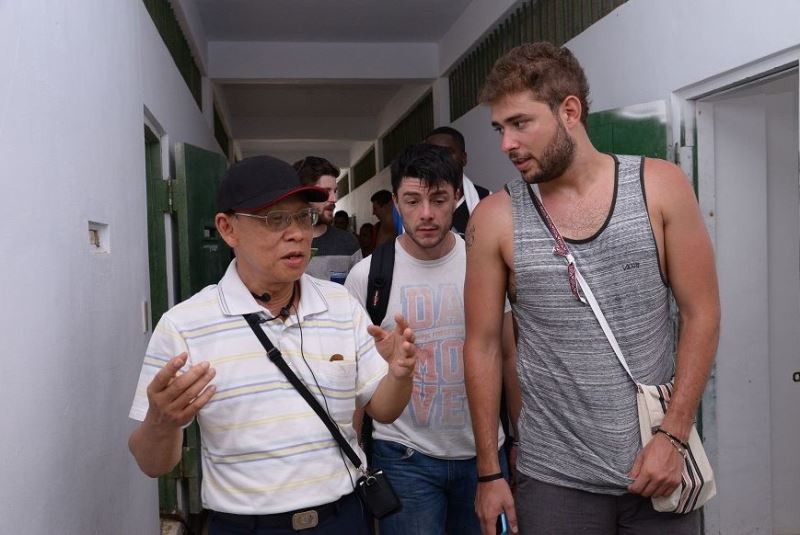 The visiting basketball players were given a tour led by Chen Qin (left), a political victim who survived his imprisonment on the island.