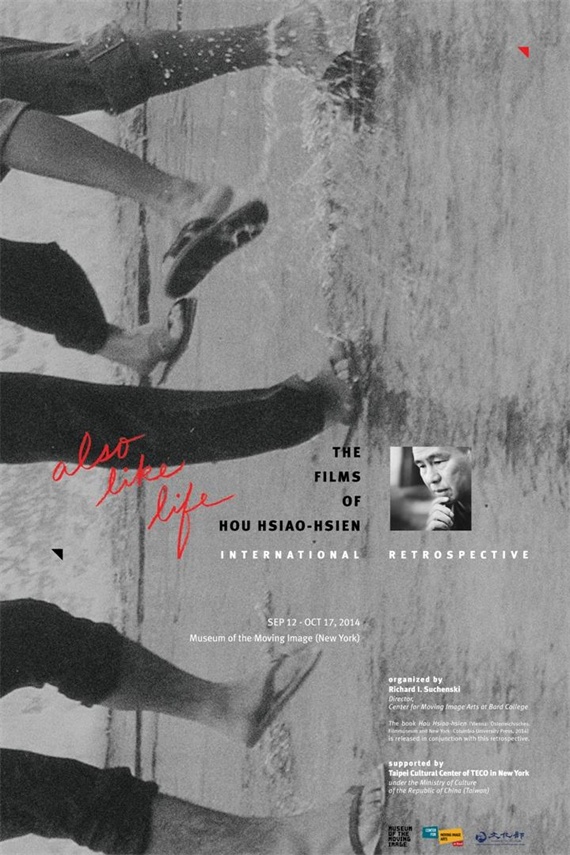 A retrospective film festival on Hou Hsiao-hsien, one of the leading figures in Taiwan's New Wave Cinema movement, will be held at the New York-based Museum of the Moving Image (MoMI) from Sept. 12 to Oct. 17.

Twenty-three feature movies and short films featuring Hou either as director, producer, or actor, will be screened at the retrospective titled "Also Like Life: The Films of Hou Hsiao-hsien.”

Apart from classic productions such as the heartrending tale of four courtesans in "Flowers of Shanghai” and the politically charged "A City of Sadness,” "HHH: A Potrait of Hou Hsiao-hsien,” a 1997 documentary made by French filmmaker Olivier Assayas focusing on Taiwan through the eyes of Hou, will also be shown.

The event is timed to coincide with the book launch of "Hou Hsiao-hsien,” written by Richard Suchenski, the director of the Center for Moving Image Arts at Bard College.

The retrospective series was previously shown at the Austrian Film Museum in Vienna earlier this year, and after concluding its run at the Museum of the Moving Image in New York, "Also Like Life” will travel to renowned institutes such as the Harvard Film Archive in Massachusetts, the Smithsonian Institution at D.C., the British Film Institute in London, and the National Museum of Singapore.

With support from the Center for Moving Image Arts at Bard

In the order that they will be shown in the retrospective

"One of the most sublimely beautiful films I‘ve ever seen, and one of the most unbearably sad. To watch these characters break one another's hearts, and then to have your own broken, is to experience something that the movies rarely grant us — perfection.” — Manohla Dargis, LA Weekly

"[These are films that] show [Hou] developing, in almost casual ways, techniques of staging and shooting that will become his artistic hallmarks.” — Film scholar David Bordwell

"A beautifully assembled series of narrative ellipses, faux-reliable commentary and playful artifice that, besides seeking to link the modern with the bygone, also delicately strives to reinforce the notion that the past is unavoidably fictionalized through memory.” — Nick Schager, Slant Magazine

"[Hou] filters the political and moral complexities of the world though the eyes of children to paint an unsettling portrait of a society that is far from being the paradise it appears to be on the surface.” — Srikanth Srinivasan, The Seventh Art

"[Hou's] crowded compositions are organized with great finesse in order to highlight, successively, small aspects of behavior or setting, and these enrich the unfolding story.” — Film scholar David Bordwell

"[Hou] moves across time with fluid grace … unlike those who approach history like reverential museum visitors, he never loses sight of where — or when — we are.” — Manohla Dargis, The New York Times

"Hou Hsiao-hsien, the grand master of Taiwanese cinema, may have made more resonant films than Millennium Mambo … but he has never accomplished one that's more exquisitely shot.” — Derek Malcolm, The Guardian

"Imbued with an awareness of Taiwan's transformation.” — Movie Martyr

"Evoking the poetry of everyday life, and, as a tribute from one great filmmaker to another, 'Cafe Lumiere' should richly satisfy ... It's a film objet d'art to contemplate and treasure.” — Michael Wilmington, Chicago Tribune

"Green is appropriately named, as it is bumpkinish in its broad comedy … But the themes of ephemeral childhood experience and the breakdown of traditions, [and] the specificity of detail suggest a sensibility beyond generic limitations.” — Peter Keough, The Boston Phoenix

"What Mr. Hou has done is borrow power and some gentle intimations of a state of grace from one of the most enchanting images in movie history. For those of us who've loved 'The Red Balloon' over the years and decades, it's stirring to see its descendant — its ascendant descendant — hovering over the lives of Simon and those around him.” — Joe Morgenstern, The Wall Street Journal

"Everything is right: the miraculous use of sound, the limpid cinematography, the natural acting create an atmosphere you can't forget …The Time to Live and the Time to Die is one of his simplest films, and one of his most universal.” — Derek Malcolm, The Guardian

"An evocative, painful juvenile delinquent drama, whose characters … spin, inevitably but realistically, down into death or defeat. Hou's style here has an almost freezing dispassion. He never lingers on chaos. He shows it simply — and swiftly moves on. The effect can be annihilating.” — Michael Wilmington, Los Angeles Times

"Like most of Hou's work, 'Sandwich Man' takes a subject that might easily lurch into bathos … and treats it with exquisite subtlety, convincing detail and luminous human perception.” — Michael Wilmington, Los Angeles Times

"Goodbye South, Goodbye is uninflected and detached, demands active engagement, perhaps more so than most of his other films. (It's probably the most uneventful movie about gangsters ever.) It is also rich, lustrous, profound, and affecting … Hou makes us see through the eyes of others — the essence of empathy, and of art.” — Elbert Ventura, Reverse Shot

"Emotion is an inescapable part of life's transience. A hundred such tragic severities reveal themselves furtively by Hou, whose touch is nevertheless as light and wry as the aged yarn-spinner who gives his departing grandson a firecracker send-off and, luminously, pauses to breath in the vanishing lushness of rural Taiwan.” — Fernando F. Croce, Cine Passion

"The work in which this master filmmaker achieves the most exquisite balance between the violence of his subject matter and the beautiful stillness of his tableau style.” — Scott Foundas, LA Weekly 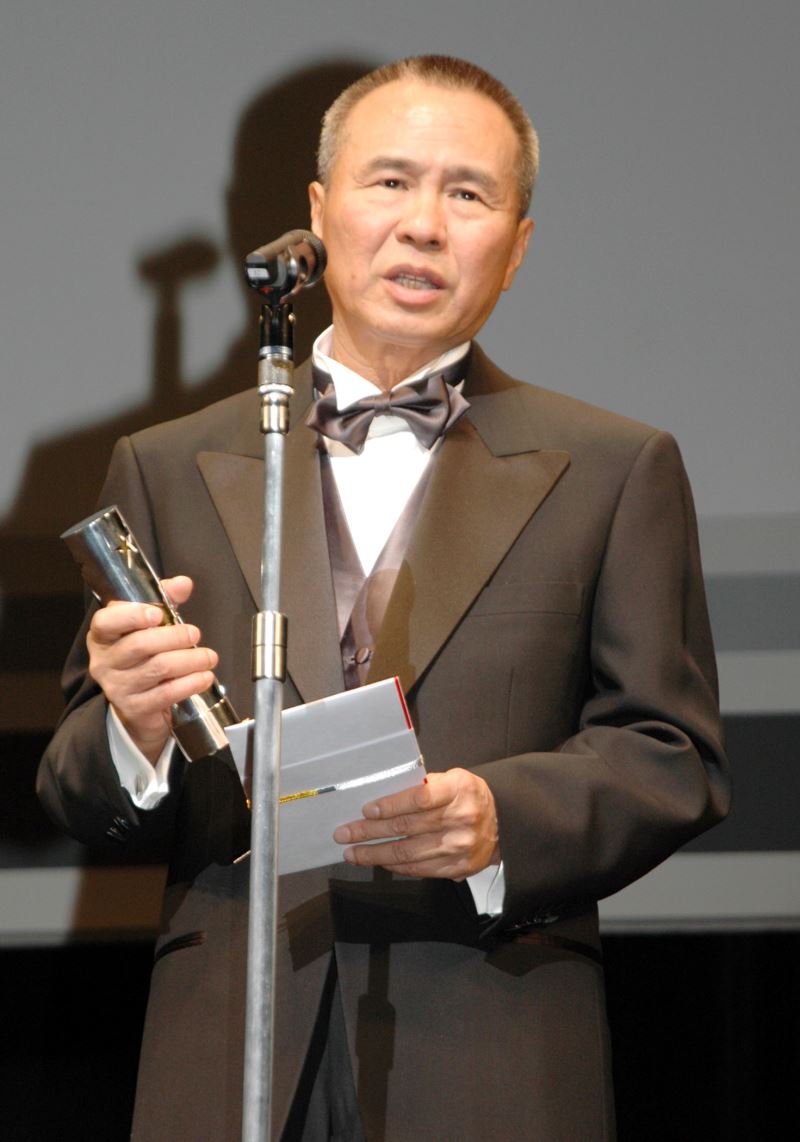 Hou Hsiao-hsien is one of the leading figures in Taiwan's New Wave Cinema movement.