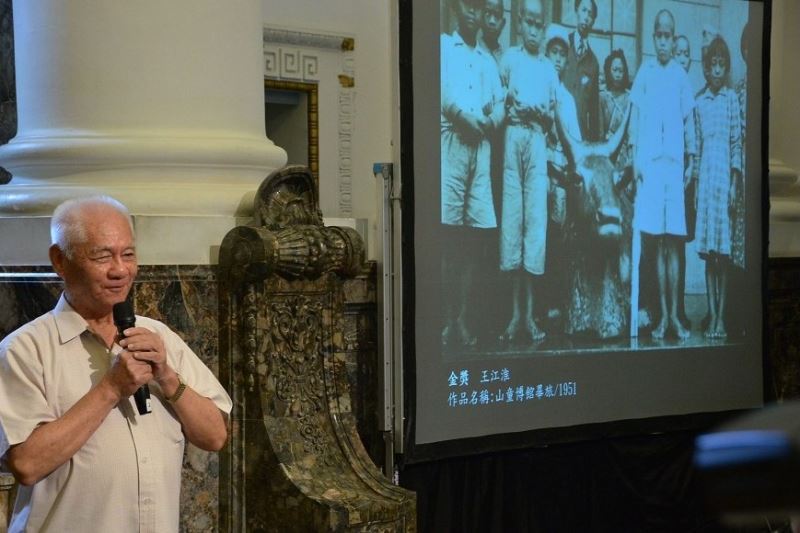 The National Taiwan Museum celebrated its 99th anniversary on Aug. 16 by screening a special-made documentary on its eventful history and welcoming the top winners of an historic photography contest featuring the museum's past visage.

The documentary titled "The History Written on the Walls: 1915 to 2014” retraces the museum's legacy from its physical establishment by Japanese colonial authorities in 1915 to the retrocession of Taiwan in 1945, and its position as a beloved public facility and architectural icon ever since.

As the nation's longest-standing museum that has retained its original site and appearance, the 99-year-old institution is part of Taiwan's collective memories. As told by photography contest winner Wang Jiang-huai(王江淮), his first memory of the National Taiwan Museum is also inexplicably linked to his first impression of Taipei City itself.

His photo was taken on his elementary school graduation trip in 1951, in which him and 8 other students of the indigenous Bunun tribe traveled from Nantou County to Taipei; it was their first visit to the nation's capital, and the first time they ever wore shoes.

The second place went to Huang Rong-huei (黃榮輝), whose photo documented his own childhood trip to the museum during the Japanese colonial era. Rounding up the winners' list was a photo submitted by Liang Dan-feng (梁丹丰), a famous female painter who took a self portraitin front of the museum to commemorate her 1974 exhibition.

Wang donated his award-winning photo to the museum, saying that he was willing to impart with his precious image by making a contribution to Taiwan's national memories, and urged others to become more aware of the importance of preserving old photographs.

The National Taiwan Museum, which will be celebrating its centennial next year, is located within the 228 Peace Park at No. 2 Xiangyang Road in downtown Taipei. Find out more at www.ntm.gov.tw.