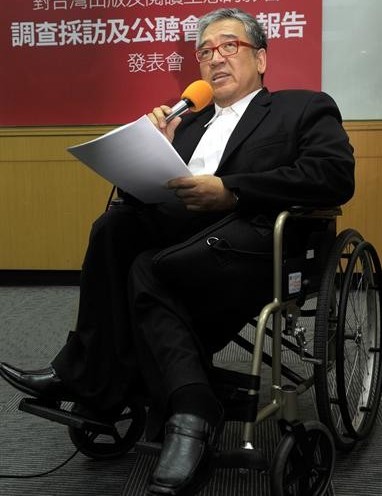 Rex How (郝明義), founder of the Locus Publishing Company in Taiwan, has been selected as the recipient of the 2014 Golden Tripod Special Contribution Award for his lifetime commitment to the publishing industry.

How first formed a delegation of local publishers to participate in the Frankfurt Book Fair in 1989. He later organized the Taipei International Book Exhibition (TIBE) and expanded its scale in 1996. Moreover, he established the Taipei Book Fair Foundation at a time when the book exhibition faced an operational crisis.

The Ministry has also expanded the scale of the Golden Tripod Awards by revising and adding new categories. The total prize money has also been increased from NT$3.9 million (US$130,085) to NT$6 million.

This year, 1,791 entries are competing for 22 awards in three categories — publications, magazines, and books. In addition to the regular entries, 41 outstanding publications recommended by the judges will also be announced at the award ceremony on Aug. 13.