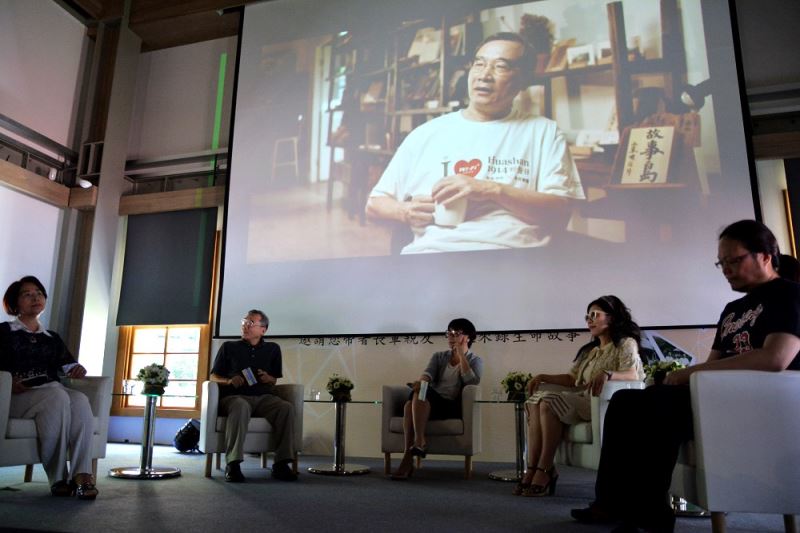 The "National Memories” database project was launched last November to map out the nation's cultural heritage through the recording of individual oral histories. Since the project's implementation, cultural professionals and volunteers have helped more than 3,000 citizens share their most precious memories through voice and video recordings.

From former soldiers enslaved by the Japanese army and those who were separated from their loved ones in the diaspora following the Chinese Civil War, individuals who contributed their personal stories to the program include fishermen, factory workers, ex-leprosy patients, and others from different walks of life.

TV pundit Sisy Chen said that she believes 'true history' is not about who overturned whom in what dynasty, but rather what the lives and emotions of ordinary people were like at that time.

Urging citizens to bring their parents and grandparents to a recording station to tell their tales, Minister Lung concluded that personal history is the most sincere portion of a nation's narrative.

The Ministry has set up 61 recording stations around Taiwan, and maintains several mobile recording vans in rural townships. Individuals can also upload their recordings onto the project's official website storytaiwan.tw. Read more about the project here.