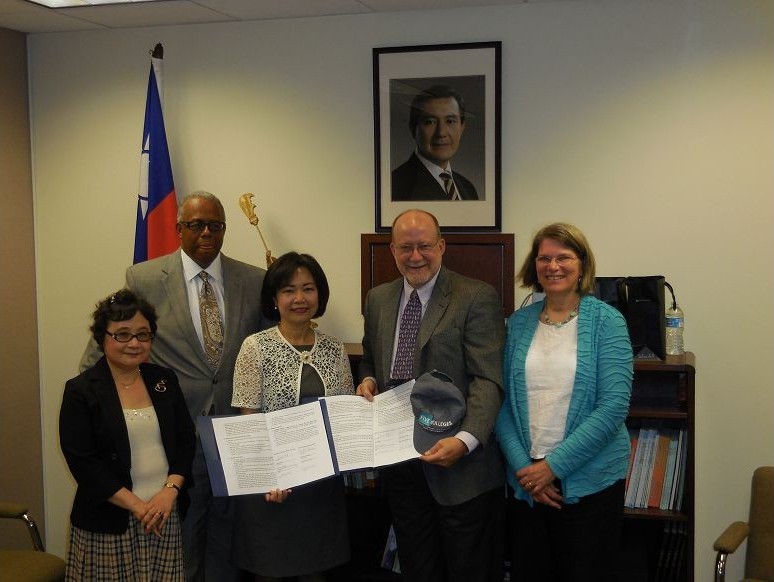 The Ministry of Culture continues to expand the scope of partnership in the Spotlight Taiwan initiative with universities around the world by inking another collaborative pact with the Five Colleges, Incorporated in Massachusetts on July 1.

Five Colleges, Incorporated is a non-profit educational consortium established in 1965 that includes four private liberal arts colleges and the Amherst campus of the University of Massachusetts. With nearly 40,000 students and faculty members, the consortium is a major academic institution in New England.

Echoing Culture Minister Lung Ying-tai's hope of "communicating with the world through culture,” Taiwanese entrepreneur Samuel Yin donated US$4 million last year to establish the Spotlight Taiwan program, which allocates US$1 million each year from 2013 to 2016 for joint efforts to promote Taiwan's culture.

Among the participating institutions are universities in the United States, Canada, the United Kingdom, Germany, the Netherlands, Japan, and Singapore, and the Centre for Chinese Contemporary Art in Manchester, and the Yomiuri NTV Culture Center in Japan.

The participating institutions can hold lectures, forums, workshops, exhibitions, and festivals on areas including Taiwanese art, literature, history, popular culture, and film. The ultimate goal of the program is to partner with a total of 40 universities or cultural institutions to introduce Taiwan's culture to the global community.