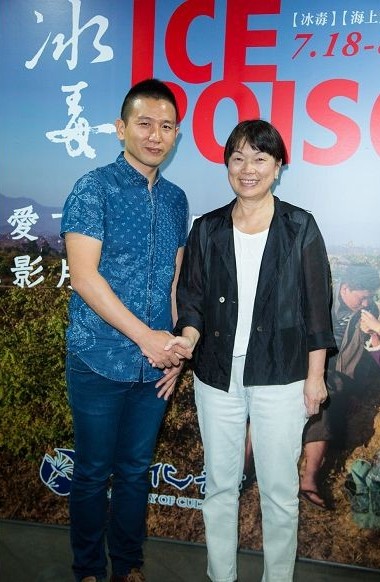 Taiwan-based film director Midi Z (趙德胤), who captured two awards in Europe for his latest feature film "Ice Poison” in June, has expressed his gratitude to Taiwan for serving as his "cradle of creativity.”

Dalarna-based P&L Film Festival praised Midi Z as "one of the world's best upcoming indie film directors” for "employing an unconventional cine verita style and shining a light on the brutal existence of an otherwise unknown culture.”

The Edinburgh panel also released a statement saying "for a meticulously observed and perfectly crafted look at economic despair in the rural and developing landscape of Myanmar, the temptation of easy money and the consequence of ruinous choices... for the assured tone and quiet melancholy of this re-telling of the fall from Eden, the award for best International Feature Film goes to ‘Ice Poison.'”

Born in Myanmar, Midi Z came to Taiwan on a scholarship at the age of 16 to pursue his film interests. Through the Golden Horse Film Academy program, he was mentored by the likes of Oscar-winning filmmaker Ang Lee (李安) and celebrated Taiwanese director Hou Hsiao-hsien (侯孝賢). The 32-year-old director currently holds Republic of China citizenship and completes his post-production work in Taipei.

In recognition of his creativity and perseverance, as well as his contributions to boosting Taiwan's international profile, Culture Minister Lung Ying-tai met with the director in person on June 30, calling him a "child of Taiwan” and a source of pride for the descendants of the Chinese diaspora.