This year will mark Taiwan's first appearance on the coveted stage of the Glastonbury Festival in the United Kingdom. Representing the lively Taiwanese music scene will be an A-list cast: electro-pop trio The Girl and The Robots, singer Joanna Wang, and femme band Go Chic.

The Girl and The Robots (女孩與機器人) is an electronic music band comprised of recording artist Jungle, keyboard artist Egg, and singer Riin. Known for their strong beats and rapid notes, the trio represented Taiwan in the 2012 Cologne Music Festival in Germany.

Born in Taipei and raised in Los Angeles, Joanna Wang (王若琳) is best known for her unique, husky voice and her ability to produce music in both Mandarin Chinese and American English. She made her formal debut in 2008, and has since released six full-length albums that meld elements from both eastern and western music.

Under the banner of "Bridging the Gap,” the three acts will each perform for 50 minutes at the La Pussy Parlure Nouveau lounge bar; The Girl & The Robots are slated for June 26 (Thursday), while Go Chic and Joanna Wang are scheduled for June 27 (Friday).

The Glastonbury Festival is the largest outdoor music event in the world that transformsthe sleepy British town of Glastonbury into a huge tented city every summer. The five-day festival takes place in the 900-acre Vale of Avalon, where King Arthur once rode and where leylines converge. 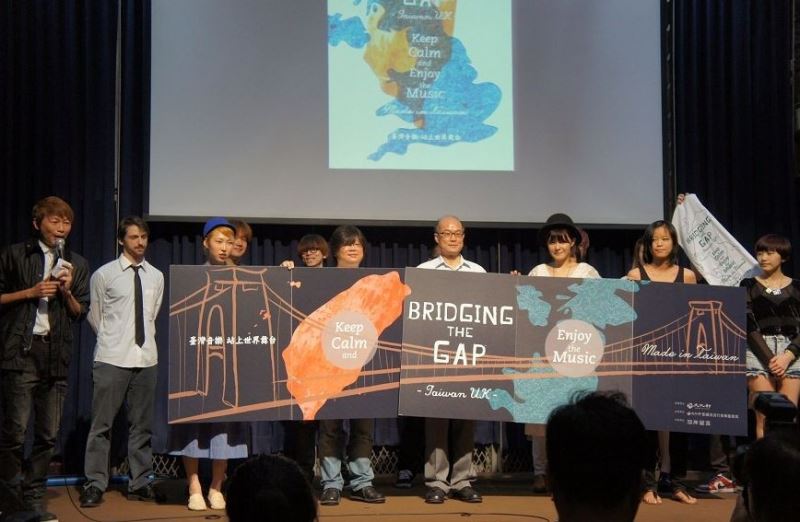