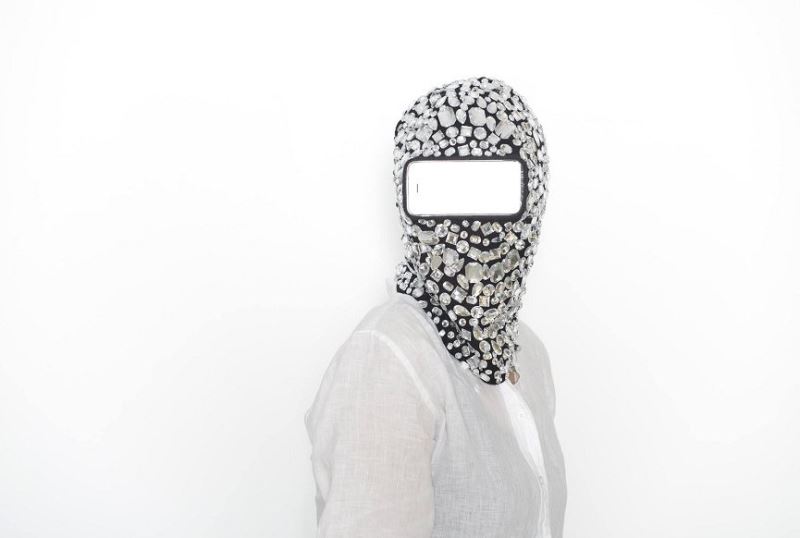 As part of the Bushwick Open Studio in Brooklyn, Taiwan's I-ting Hou is currently featured in a joint exhibition that examines the physical and psychology injuries caused by repetitive actions in our modern, technology-driven world.

Hu (侯怡亭), who served her residency at the New York-based Residency Unlimited last year, is a Kaohsiung native who specializes in contemporary expression. The 1979-born artist has extensive experience in video and photo installations, as well as mixed media such as digital print and embroidery.

Hou was selected by Israeli curator Naomi Lev as one of the four featured artists in her most recent curatorial project, "Preliminary Study: RSI-T,” at the SLAG Gallery in Brooklyn, New York.

The abbreviated text stands for "Repetitive Strain Injury — Technology,” in which the clinical term is used to highlight "injuries to the musculoskeletal and nervous systems that may be caused by repetitive tasks, forceful exertions, vibrations, mechanical compression, or sustained or awkward positions.”

In her editorial photographs, Hou hones in on the awkwardness of human posture and built after continuous exposure and reliance on technology-driven entertainment. Her works are featured alongside those by artists Budd Dee, Ann Oren, and Dov Talpaz.

"Preliminary Study: RSI-T” is also scheduled to travel to the Muskegon Museum of Art in Michigan after completing its showing in New York.