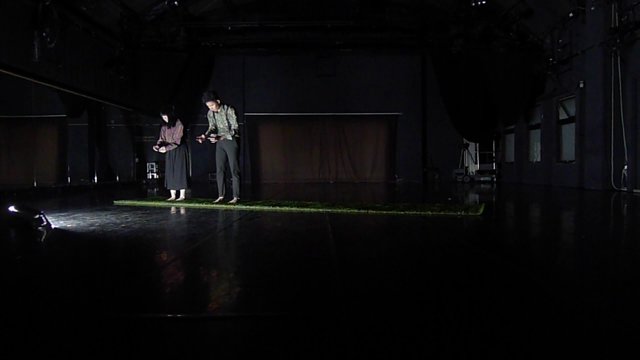 As part of the international dance talent cultivation program BETA PUBLICA, Taiwanese dancer Liu Yen-cheng (劉彥成) was invited to perform his latest production "Tschüss!!Bunny” at the Paco Rabal Cultural Center in Spain on May 23 and 24.

BETA PUBLICA offers a bi-annual ticketed performance program in Spain to promote contemporary dance and to get the public engaged in the creative process. Through an international open call, up-and-coming dancers from around the world are selected to showcase their innovative choreography.

At the two-day event in Madrid, Liu performed a piece titled "Tschüss!!Bunny,” in which the word "Tschüss” means "Goodbye” in German, but sounds like "Go away and die!” in Chinese. Liu uses his body language to explore the concept of "saying goodbye to one's old self and ushering in a new identity.”

The piece, which received the highest number of votes during the online open call, received equal acclaim in Madrid as well. After the show, the dancer said he was happy to have made a modest advancement towards Taiwan-Spain cultural ties, and that he hopes to form his own dance theater soon.

Liu's debut in Spain was made possible by the Taipei Economic and Cultural Office in Madrid and the Ministry of Culture.