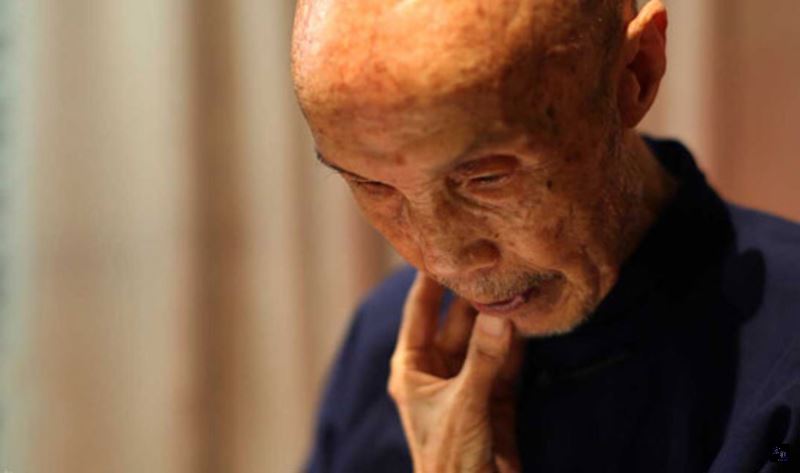 A presidential citation will be awarded posthumously to late Taiwanese poet Chou Meng-tieh (周夢蝶) in recognition of his contributions to Taiwan's literary scene.

The citation will be issued on May 13 during a memorial service for the renowned poet and writer, who passed away on the first of May from complications from pneumonia in New Taipei City at the age of 92.

Born in China's Henan Province in 1921, Chou joined the Chinese Nationalist Party's youth corps during the Chinese Civil War and came to Taiwan in 1948 with the party, leaving behind his wife, children, and mother.

He began selling poetry and books in Taipei in 1959, the same year he published his first collection of poems, 'Lonely Land' (孤獨國), which became one of his most important works.

In 1997, he was named the first literature laureate of the National Culture and Arts Foundation.

His poems are deeply influenced by Buddhist thought and have a meditative quality to them. They often touch on the subjects of time, life and death.

Chou wrote over 400 poems. His poems have been published in Taiwan, China, the United States, France, South Korea and many other countries.

He is known for living a restrained, low-key life. He never remarried and had no relatives in Taiwan.

Presidential citations are awarded to citizens of Taiwan who have made extraordinary contributions to the country. Past recipients include the late singer Fong Fei-fei, the late musician Lee Tai-hsiang, and the late theater director and actor Hugh Lee.