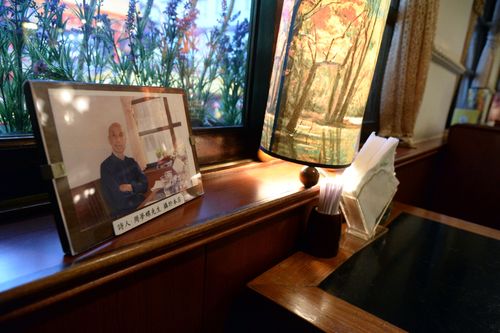 The Ministry of Culture is seeking to confer a presidential citation to renowned Taiwanese poet and writer Chou Meng-tieh (周夢蝶), who died of complications from pneumonia at the age of 92 on May 1.

Chou, the first literature laureate named by the National Culture and Arts Foundation, passed away from organ dysfunction in a New Taipei hospital. He was originally hospitalized for a recent surgery.

Chou, whose birth name was Chou Chi-shu (周起述), was born in China's Henan Province in 1921. He relocated to Taiwan in 1948 with the Chinese Nationalist Government during the Chinese Civil War.

He began selling poetry and books in Taipei, the same year he published his first collection of poems, "Lonely Land” (孤獨國), which became one of his most important works.

His poems are deeply influenced by Buddhist philosophy and have a meditative quality to them. They often touch on the subjects of time, life, and death.

'Chou Meng-tieh was a legendary page in Taiwan's cultural history,' Culture Minister Lung Ying-tai, who last visited Chou at the hospital on April 22, said after learning of the poet's death.

In honor of Chou's legacy, the Ministry will hold a memorial exhibition in July at the newly-opened National Poetry Center in Taipei.