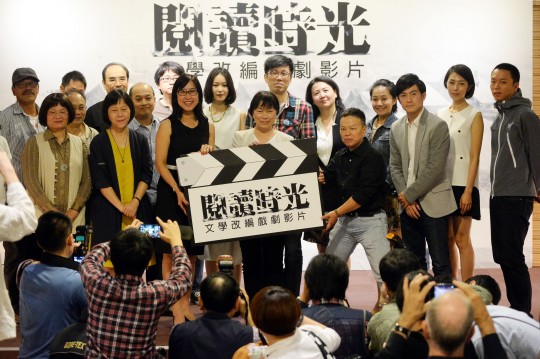 To promote Taiwanese literature through audiovisual means, ten Taiwanese works of contemporary literature are being made into short films as part of a Ministry of Culture-backed project.

An excerpt of each work will be made into its own 25-minute-long film, each of which will blend drama and documentary filmmaking.

As an encouragement for viewers to go out and read the original composition, the end of each film will also feature a page number for the corresponding literary work where the film's story leaves off.

Culture Minister Lung Ying-tai said the project aims to draw audiences into the world of words via images, with the ultimate goal being to inspire viewers to read the original story.

The 10 films are scheduled to be completed in the first half of next year, after which they will be aired on the National Geographic Channel (Taiwan), Fox International Channels, and Taiwan Television Enterprise.

The ten Taiwanese literary pieces selected for this project are: