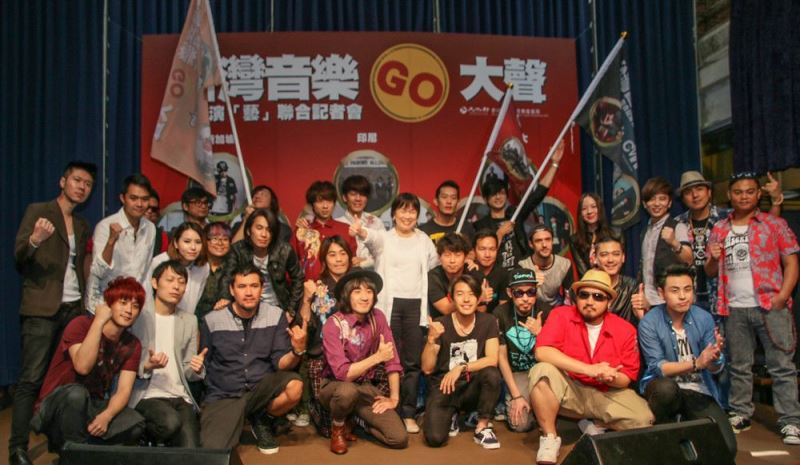 Reggae-rock band Matzka, Taiwanese-Canadian rock band io, and electronic band Red are set to perform at Canadian Music Week at the start of May, while rapper MC HotDog, rock band Quarterback, and experimental group The 13 Band will hit up Singapore's Music Matters Festival in mid-May.

Taiwanese bands Monkey Pilot, My Skin Against Your Skin, and Red-Flower, are also slated to play at the Java Rockin'land festival in Indonesia later this year.

Matzka, lead singer of his eponymous band, said his group will perform several songs at the Canadian festival from their 2012 album '089,' while MC HotDog has promised to bring dancers and fast songs to Singapore.

Culture Minister Lung Ying-tai lauded bands as an easier way to reach out to young people than films and performing arts, adding that she believes the musicians will help people abroad learn more about Taiwan.

The Canadian Music Week is slated for May 6 through 10; the Music Matters Festival will be held from May 20 to 25 in Singapore; and the Java Rockin'land festival, which was originally scheduled for June 14 through 15 in Indonesia, has been postponed to an undetermined date later in the year.

The nine bands selected for this program are: