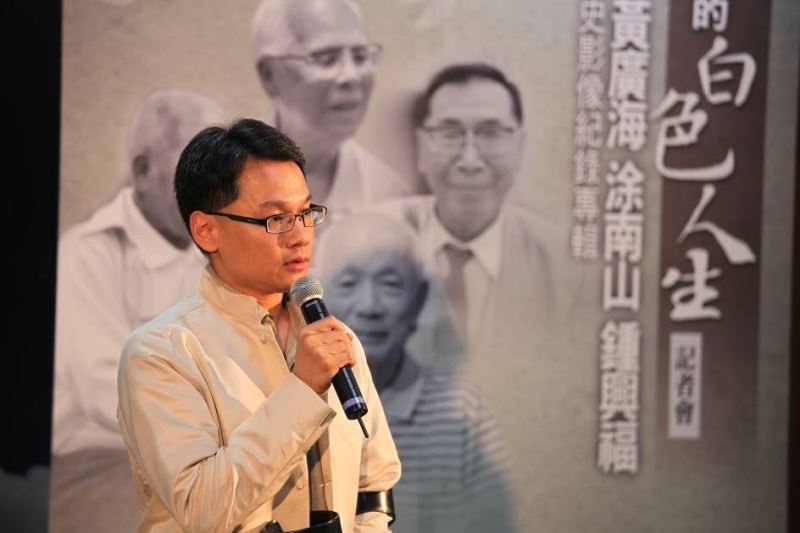 To preserve the nation's oral history and educate the next generation, the Preparatory Office of the National Human Rights Museum has released a series of documentaries that tell the poignant stories of the survivors of Taiwan's White Terror period.

The seven documentaries are composed of interviews with survivors and their families about their lives before, during, and after their imprisonment during the White Terror period, a period of suppression over political dissidents in Taiwan that lasted from 1947 until the lifting of martial law in 1987.

The documentaries, each focusing on the story of one survivor, also include images and documents from that period.

Wang Yi-chun (王逸群), director of the preparatory office, said the documentaries were mainly made for use as teaching materials in classrooms.

He added that his office is scheduled to complete another nine documentaries this year to record the lives and the never-yielding spirit of the survivors.

Documentary director William Liao admitted that he was touched by the strength and perseverance of the survivors, who are all in their 80s and 90s today.

'Everyone's story is different,' Liao said. 'I hope these stories could be preserved and shown in schools, so that the younger generation can gain a proper understanding of human rights.'

Da Fei (達飛), 90, whose story was featured in one of the documentaries, was sentenced to 12 years in prison on charges of 'planning to revolt' after he came to Taiwan from China in 1978.

'I hope it (documentary) would show people what really happened during the White Terror period,' said Da, who said he passed his time in prison by reading and writing books.

He received redress during former president Chen Shui-bian's term and compensation of NT$2.9 million (US$96,009) for the time he spent in prison.

Prior to arriving in Taiwan, Da, a former secretary of a Republic of China army colonel, served 19 years in prison in China, as he was accused of being a Kuomintang spy by the Chinese Communist Party.

The White Terror refers to the suppression of political dissidents in Taiwan following the 228 Incident, an anti-government uprising in 1947 and the subsequent brutal crackdown by the then-authoritarian regime of the Kuomintang.

During the White Terror period, 140,000 to 200,000 people — many of them members of the intellectual and social elite — were imprisoned.

There are no official numbers on how many were killed during the period, but the Compensation Fund for Unlawful Persecution and Espionage Cases During the Martial Law Period has handled at least 800 cases of executions.

The actual figures are believed to be higher, as many documents were believed to have been lost or destroyed during the 38 years of martial law.

A total of 16 documentaries, each 48 minutes long, will be released before the yearend.