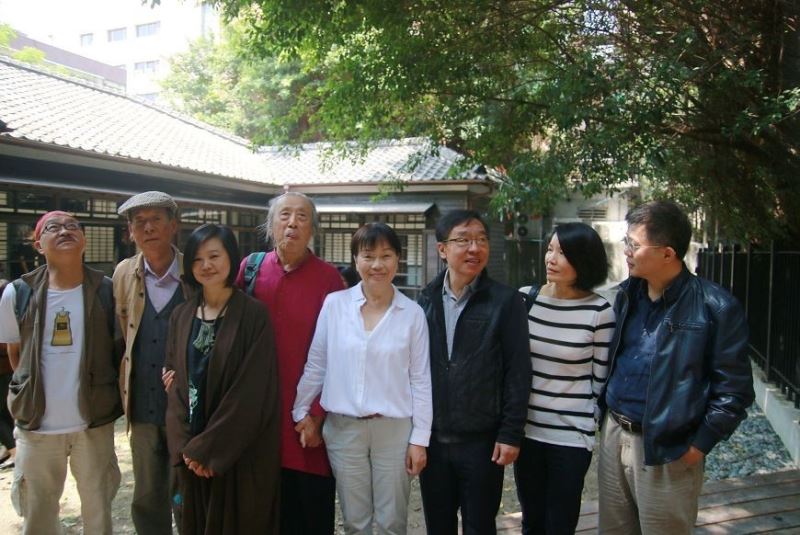 To make use of funds generously donated by Taiwanese business tycoon and poetry lover Scott Ouyoung (歐陽明), the Ministry of Culture has launched a three-year program aimed at strengthening the development of poetry in Taiwan.

To serve as the base of the poetry program, two old Japanese-era buildings in central Taipei have been restored will be opened in July as a joint national center for poetry.

These 'poetry houses' at the intersection of Jinan Road and Taian Street were renovated from a former dormitory complex for Japanese officials during the colonial period in the first half of the 20th century.

'If you only learn about Taiwan through what's shown on TV, you'll think it's a chaotic place,' she said, but amid the hustle and bustle of the streets in the capital, 'there are also quiet places like this.'

The national center for poetry will play an integral part of the three-year program, in which NT$50 million (US$1.65 million) will be devoted to sponsoring an annual poetry festival and translations of world poetry.

The program will also grant an annual poetry award and select up to four poets each year to embark on an overseas stay of up to three months as 'cultural ambassadors' of Taiwan.

The program has been funded entirely by Ouyoung, founder of the Taichung-based Globe Union Industrial Corp. (成霖企業), one of the world's largest suppliers of plumbing products.

A poetry lover since he was a child, Ouyoung said he has relied on poems to relieve stress and regain the strength to handle his busy schedule, and that he is grateful to be able to make a contribution to the poetic sphere.

The poetry center, which will be managed by the Tainan-based National Museum of Taiwan Literature, will start with an exhibition on manuscripts by local poets when it opens in July.