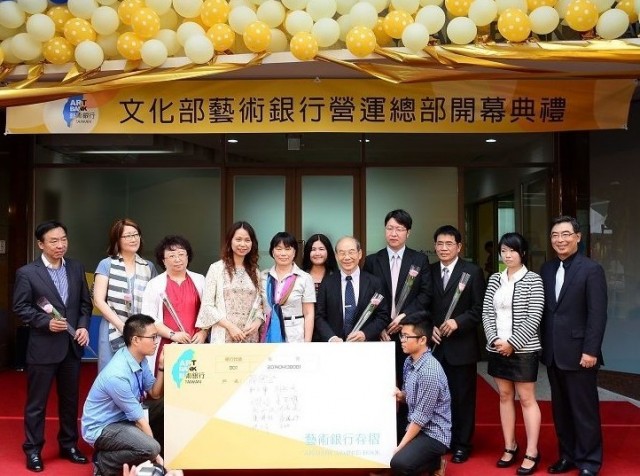 The headquarters of the national Art Bank project, which is dedicated to helping young Taiwanese artists gain more exposure, was officially inaugurated on April 13 at the central Taiwanese city of Taichung.

The Art Bank headquarters will exhibit artworks purchased from local artists, while assisting government agencies, companies, and institutions in renting and displaying these works.

A core concept of the initiative is to allow more Taiwanese children to experience first-handedly the works of local artists, instead of being educated on replicas of Picasso or Monet paintings, Culture Minister Lung Ying-tai said at the opening ceremony.

The first phase of the Art Bank project was launched last year, in which the Ministry of Culture purchased 346 works, including paintings, photographs, sculptures, installation art, and mixed media. These works were then leased out to increase their circulation and help make the artists known.

The NT$70 million (US$2.33 million) project will also introduce Taiwanese artists to foreign audiences, as some of the works will be shown in overseas government offices and corporate headquarters.

Eighty percent of the Art Bank collection is currently leased out. Since the launch of the project in 2013, works of art have already been exhibited at major venues such as Taiwan's four major international airports and the Presidential Office and Executive Yuan buildings.

All works can be rented for a period of three months to one year for a fee equal to 0.4 % of the original purchase price. Find more information at the Art Bank's official website: http://artbank.ntmofa.gov.tw/EN