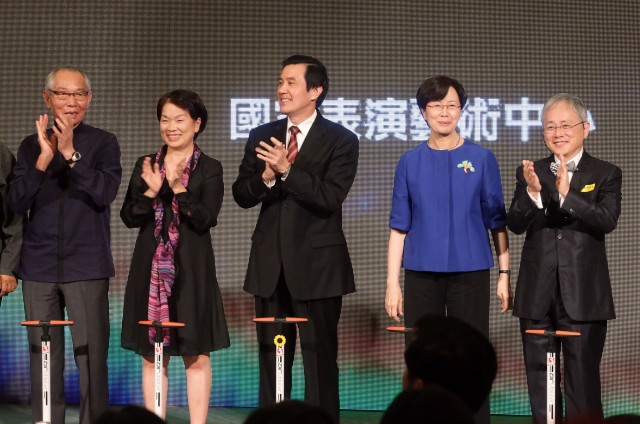 The National Center for Performing Arts, the nation's highest-level independent cultural institute and the key to the structural upgrade of the cultural environment in Taiwan, was officially inaugurated on April 7, 2014.

From this point forward, the Center is tasked with the governance of three venues — the National Theater and Concert Hall in northern Taiwan, the Taichung National Opera House in central Taiwan, and the Wei-Wu-Ying Center for the Arts in southern Taiwan. The triad of world-class performance centers offers a combined 11 performance halls and 13,193 seats.

"Every society has its boiling points; however, a mature and sustainable society also requires a cold spring that will flow continuingly,” stated Culture Minister Lung Ying-tai. "The National Center for Performing Arts will serve as such a continuous source of culture.”

The Culture Minister also expressed gratitude for her predecessors and all those who've helped to establish the National Theater and Concert Hall more than 30 years ago, which has raised Taiwan's international profile through arts and culture since.

Through professional management, the cultivation of performing arts talent, and the integration of local momentum with international trends, the Center will soon play a major role in strengthening the caliber of performing arts in Taiwan.

President Ma Ying-jeou, who also attended the inauguration ceremony, praised the establishment of the Center, saying that it is very meaningful how the three world-class artistic venues in northern, central, and southern Taiwan have integrated resources and operations so successfully. 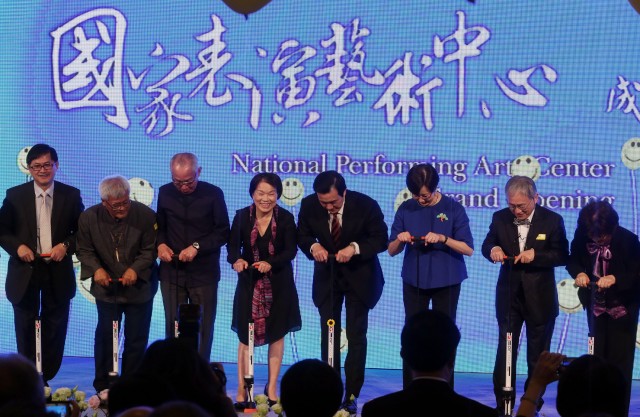