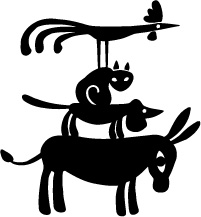 Taiwan-based Grimm Press has been named Asia's best children's publisher by the 2014 Bologna International Children's Book Fair, becoming the first publishing house in the Chinese-speaking world to ever receive the honor.

The Bologna Prize for the Best Children's Publisher of the Year rewards publishers for their outstanding creativity and quality of editorial choices. One publishing house from each of the six geographical areas — Asia, Africa, Central and South America, Europe, North America, and Oceania — are selected per year.

This year, a total of 28 publishers from 19 different nations were nominated for the best children's publisher title. Although it faced strong competition, Grimm Press outshone other contestants from Japan, China, South Korea, and the United Arab Emirates to clinch the top honor in the Asia category.

The Ministry of Culture would like to hereby congratulate Grimm Press for its achievements in the cut-throat international publishing sphere, as the honor stands testament to Taiwan's overall creativity and editorial prowess. 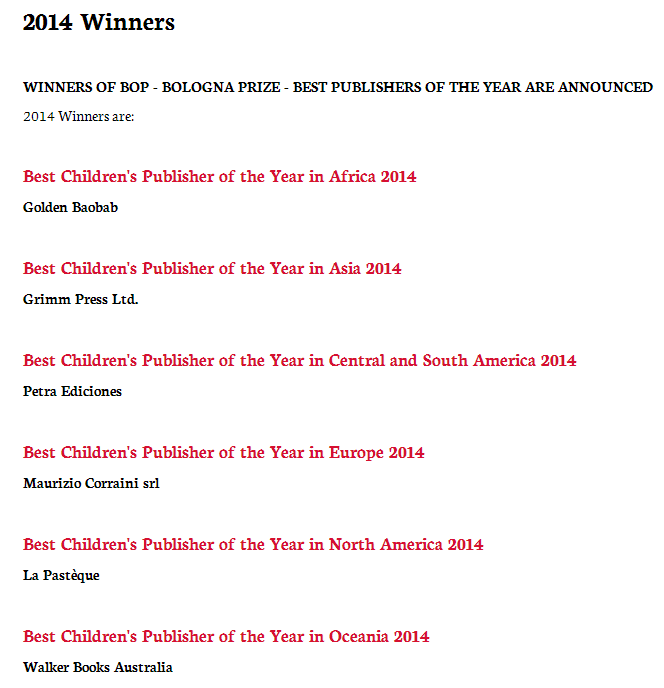