Culture Minister Lung Ying-tai attended the premiere of a high-definition television drama series on March 21. Subsidized by the Ministry through an open call, "Sunshine after the Rain” (雨後驕陽) describes the three generations of a family running a shoe factory and their business development from hand-made shoes to a creative enterprise.

The production received funding of NT$45 million in 2012 and was completed after two years of shooting; the entire production was shot outdoors. The premiere took place in a cinema to better display the high-quality production using a large screen and audio equipment in the cinema.

If the themes of scripts become more diverse, television can provide a larger stage for actors and actresses, stressed Lung. She added that she was glad that the drama script's diversity not only attracted a group of wonderful actors and actresses, but also led to collaboration with the shoe-making industry and Taiwanese songwriters.

Singer Chiang Hui-yi (江蕙儀) sang one of the theme songs at the premiere and dozens of actors and actresses featured by the drama all watched a clip of the episode together. The Minister and the crew then unveiled an inscribed board with the name of the drama to launch the series, which will be shown on Taiwanese TV starting March 24.

The Culture Minister concluded that talent and creativity are two major advantages of Taiwan's television industry and she encouraged professionals in the industry to be more creative and to draw more attention from audiences both at home and abroad. 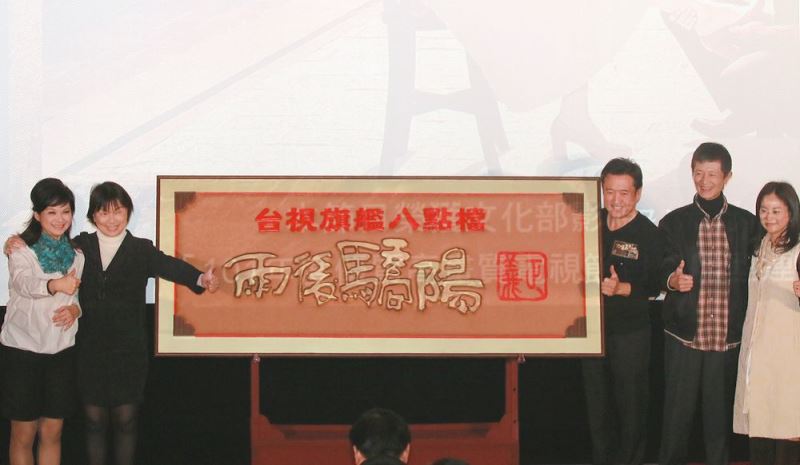