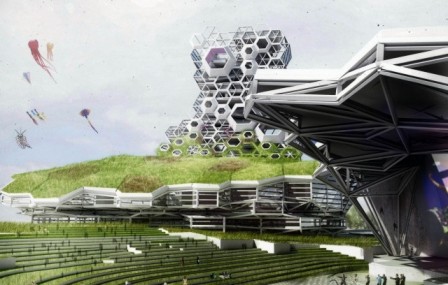 The groundbreaking ceremony for the Maritime Cultural and Popular Music Center, one of the biggest infrastructure projects spearheaded by the Ministry of Culture, was held on March 3.

Located in southern Taiwan at the Kaohsiung Harbor, the NT$5.45 billion (US$179.84 million) center will have an outdoor plaza with a capacity of up to 12,000 people.

The 11.5-hectare center will also include a 5,000-seat concert hall and six smaller venues for live music performances that can accommodate 200 to 1,000 spectators each.

The construction of the Maritime Pop Music Center is part of a nationwide plan to strengthen Taiwan's overall performance venues and facilities and to bolster the local pop music industry.

The Taipei Pop Music Center in northern Taiwan, which began construction in June last year, is also part of the plan known as the Northern and Southern Pop Music Centers project.

Currently, there are very few large indoor venues in Taiwan suitable for holding large-scale pop concerts. The Taipei Arena, the National Taiwan University Sports Center and the Nangang Exhibition Hall are among the only ones available, and they were not specifically designed to hold rock concerts.

Speaking at the March 3 ceremony, Premier Jiang Yi-huah said he expected the Maritime Popular Music Center to help boost the number of jobs in Taiwan's cultural and creative sector.

Digital music revenues also rose by 88.94 percent from 2009 to 2012, while concert revenues grew by 133.66 percent between those years, showing the need to establish such centers, she said.

Kaohsiung Mayor Chen Chu said that once completed, the center will be connected to other major infrastructure projects, such as an exhibition center, wharf and waterfront sky train, shaping Kaohsiung's future for decades to come.

The Maritime Cultural and Popular Music Center and the Taipei Pop Music Center are expected to be completed in 2015 and 2016, respectively. The completion of these large venues is expected to fuel concert sales and drive Taiwan's burgeoning pop music industry. 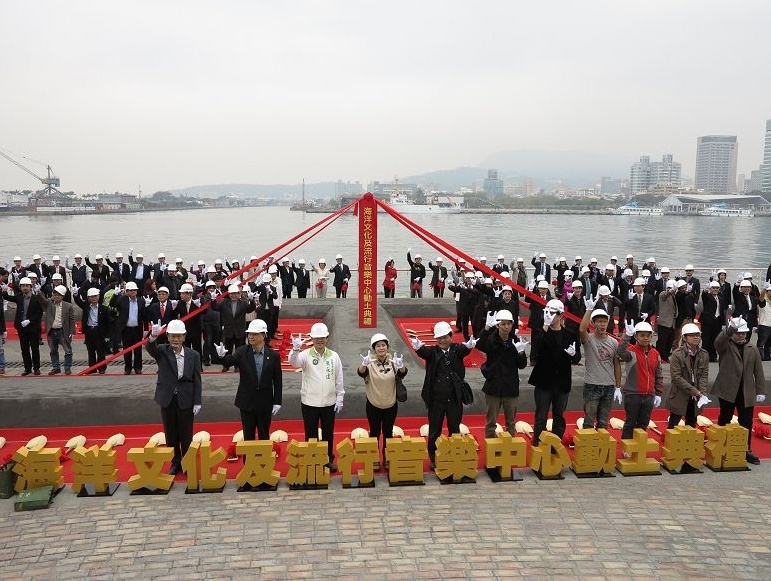