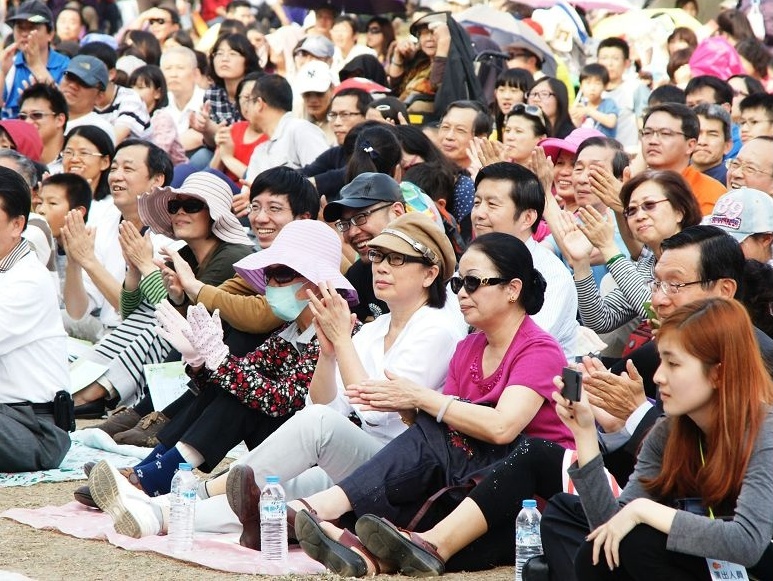 The National Center for Performing Arts is likely to be inaugurated earlier than scheduled. During a trip to Kaohsiung on March 2, Minister of Culture Lung Ying-tai expressed her high expectations for the soon-to-be-established administrative corporation system, and how she hopes the Taichung Opera House, which is still under construction, can become part of the Center as soon as possible.

President Ma Ying-jeou signed the Act Governing the Establishment of National Center for Performing Arts into law on Jan. 29, setting a new milestone for the development of performing arts in Taiwan.

The Center, which will govern three venues — the National Theater and Concert Hall in Taipei, the Taichung National Opera House, and the Wei-Wu-Ying Center for the Arts in Kaohsiung — as an administrative corporation, is expected to be officially established in mid-April, the Minister revealed.

The Center will have a board of 11 to 15 members. The board shall comprise of government representatives, performing arts experts, cultural and educational professionals, and business management professionals.

The board members and the chairman will serve without pay, review developmental objectives and plans, and set annual guidelines for the operations of the three planned venues.

Each of the venues administered by the Center will have an artistic director nominated by the chairman and approved by the board. The directors will supervise each venue's annual plans, and manage daily operations.

The Center will become the first large-scale implementation of the administrative corporation system, which has been proposed for years, said the Minister.

The administrative corporation will maintain close contact with the central government to ensure that official policies are carried out. On the other hand, it will also take advantage of private and corporate resources by outsourcing projects.

"The board and director of the National Center for Performing Arts will each have their own duties. The board is responsible for bringing in resources, creating platforms, and advising on developmental directions,” noted Lung.

"The director will be the soul of each venue and will know how to integrate local momentum with the international performing arts community,” she added.

The Center is expected to perform three major functions: to connect its subordinate performance venues with the international community; to foster a strong team of board members and artistic directors who are skilled negotiators; and to enrich society through the tasteful and imaginative implementation of public policies.

The Center is the key to the structural upgrade of the arts education and cultural environment in Taiwan, said Lung. All the venues it manages will also become a significant symbol of the country's cultural power, she added.

In terms of the Taichung Opera House, which the Minister believes should be donated unconditionally as a national asset, the Ministry plans to include related management expenses for the facility in its budget next year and help it to smoothly become part of the Center.