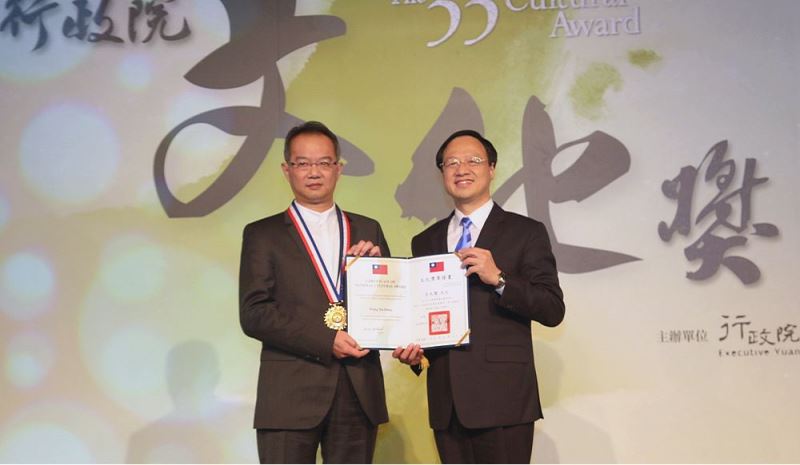 The awards ceremony for the 33rd National Cultural Award of the Republic of China (Taiwan) was held on Feb. 28. The two winners honored this year were contemporary writer Pai Hsien-yung (白先勇) and renowned architect Wang Da-hong (王大閎).

Culture Minister Lung Ying-tai noted that the two creative individuals represent the culmination of cultural wealth and heritage passed down from previous generations, and that such perseverance and inheritance of ancestral values will continue to inspire others to come.

Pai was born in 1937 in Guilin, in southern China's Guangxi province, to Pai Chung-hsi, a general in the Kuomintang Army. The younger Pai spent his childhood in southwest China's Chongqing Municipality, and later moved with his parents to Nanjing in Jiangsu Province, Hong Kong, and finally Taiwan.

Over a course of nearly half a century, Pai's literary works carry elements from both Western and Chinese literature, and his style is marked by vivid characters, strong narratives, and the unabashed portrayal of human nature.

The 76-year-old is best known for 'Taipei People,' a short story collection, and 'Crystal Boys,' a novel about homosexual youths in Taipei set in the 1960s. Moreover, he has devoted himself to promoting Kunqu Opera (崑曲) among younger generations inrecent years.

Born in 1918, Wang is the only son of Wang Chong-hui, a man who had served as the first chief diplomat of the Republic of China, president of the Judicial Yuan, and a judge of the International Court of Justice in The Hague.

Educated as an architect in the United Kingdom and the United States, Wang is best known for designing the National Dr. Sun Yat-sen Memorial Hall in Taipei. The 96-year-old has been dubbed the 'poet of architecture' because of the artistic and cultural merits of his works.

The Minister noted that the presentation of the awards to Wang and Pai at the Taipei Zhongshan Hall — a four-story historical building that witnessed the defeat of Japan in 1945 — marked the historic efforts by the two men's fathers to stabilize the nation through diplomatic and military channels during the country's most turbulent era.

This allowed their sonsto develop their talent in literature and architecture in the followingperiod of peace, Minister Lung noted, adding that this also highlighted the meaning of the award.

She stated that the works of the two recipients reflect Taiwan's inherent cultural traits — 'deep, dedicated, and discreet.'

The 96-year-old Wang was not present at the ceremony; his son Wang Shou-cheng received the award on his behalf.

Established in 1980, the National Cultural Award recognizes all those who have made special contributions to enhancing the nation's culture. Each winner receives a medallion as well as an award of NT$1 million (US$33,256).

Read more about the previous recipientshere. 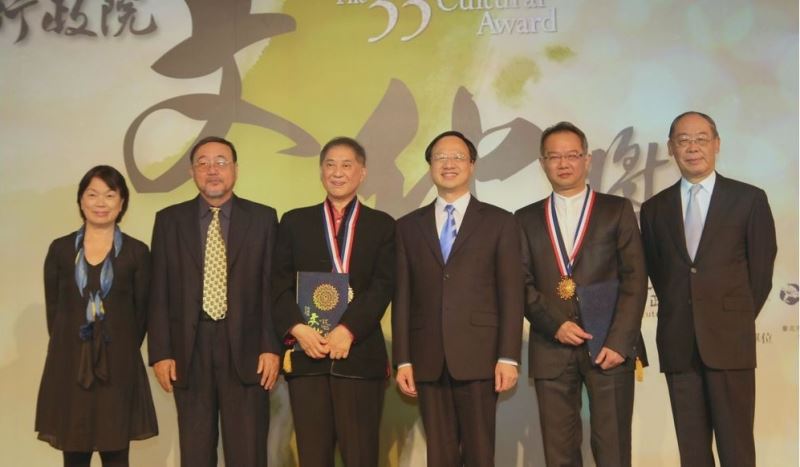 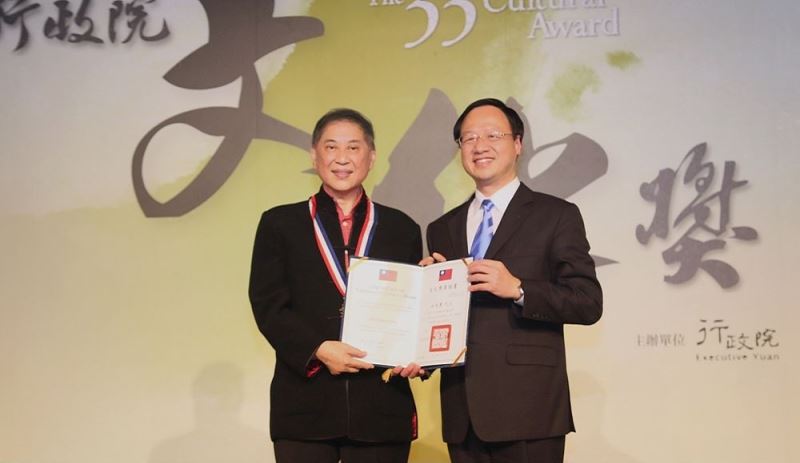