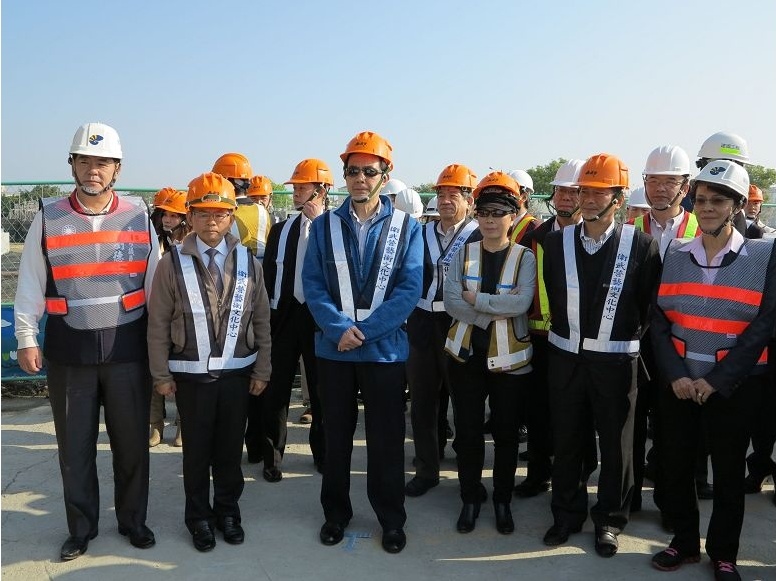 President Ma Ying-jeou visited the Wei-Wu-Ying Center for the Arts in Kaohsiung on Feb. 22 and lauded the progress of construction at the major cultural facility. He also recognized the Culture Ministry's support for the art groups in southern Taiwan during the past three years, which has helped todevelopa healthy audience base for the Center's scheduled opening next year.

Construction of the venue began in 2000; it is now eighty-two percent complete. The project, with a budget of up to NT$10.1 billion (US$333.4 million), includes multiple facilities such as two theater halls, a concert hall, a recital hall, and an experimental theater. The total seats number nearly six thousand, and the concert hall will have the largest pipe organ in Asia.

President Ma was briefed on the overall progress of the project by Lu Pen-shan, director of the Center's Preparatory Office, and took a tour of the construction site. Minister Lung thanked the Cabinet and Kaohsiung officials for their full support of the national cultural project that is expected to "propel the entire arts and cultural scene in southern Taiwan.”

The Ministry of Culture has subsidized nearly 100 performing arts groups with more than NT$500 million annually over the last three years. The Center has also served as a showcase for up to 935 performances, with over 80 percent of the seats sold for most of the shows. These facts demonstrate that efforts to increase audiences for paid cultural performances have yielded initial results and paved the way for the Center's opening, noted the President.

"Civil construction expands the development of a nation, but only culture makes a nation truly great,” said the President. The decoration of the Center's lobby, which took advantage of Kaohsiung's ship-building techniques to create a spectacular yet elegant image, "is quite impressive,” he added.

By transforming the Wei-Wu-Ying Center into a world-class performing arts facility, the Ministry hopes to bring top artists and performance troupes to southern Taiwan. When completed in 2015, the Center will serve both as an architectural landmark and an art hub that will enrich the cultural scene of the Kaohsiung area.

To celebrate the opening of the Center, the annual Living Arts Festival will be moved to Wei-Wu-Ying for the first time this October. In addition, 87 programs and 160 performances are already scheduled for 2014; these are expected to draw 100,000 people. The Center will collaborate with other performance venues in southern Taiwan, including the Pingtung Performing Arts Center, the Kaohsiung City Dadong Arts Center and the Kaohsiung Cultural Center, making it a hub for performing arts in southern Taiwan to connect with the international community.