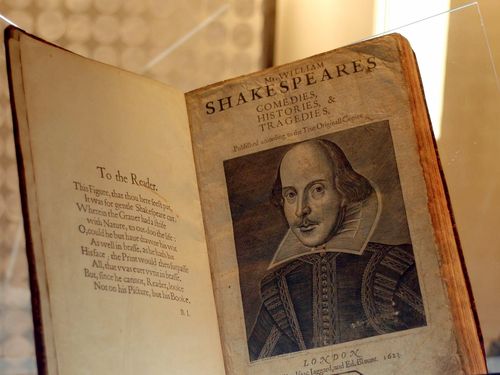 To help introduce literary monolith William Shakespeare to more Taiwanese audiences, the National Taiwan Museum of Literature partnered with the Shakespeare Birthplace Trust to hold a forum discussing his life and works on Feb. 18.

Held at the literature museum in Tainan, the forum featured four guest speakers from both Taiwan and abroad. Jointly, they guided the discussion on four main topics — Shakespeare and the preservation of cultural heritage; Shakespeare and the importance of education; Shakespeare in the digital era; and Shakespearean influences in Taiwan's performing arts.

The Shakespeare Birthplace Fund delegation also pointed out that the bard's birthplace, the small town of Stratford-upon-Avon in Warwickshire county, is now recognized as an important heritage site. Not only does it receive more than 4 million visitors every year, it stands as proof of the potential of cultural tourism.

The one-day forum is part of an ongoing series of events marking the 450th anniversary of the birth of British playwright and poet. The world-wide celebrations of the bard and his legacy will run from 2014 to 2016; information on more Shakespeare-centric events in Taiwan will be posted on this website in coming months.