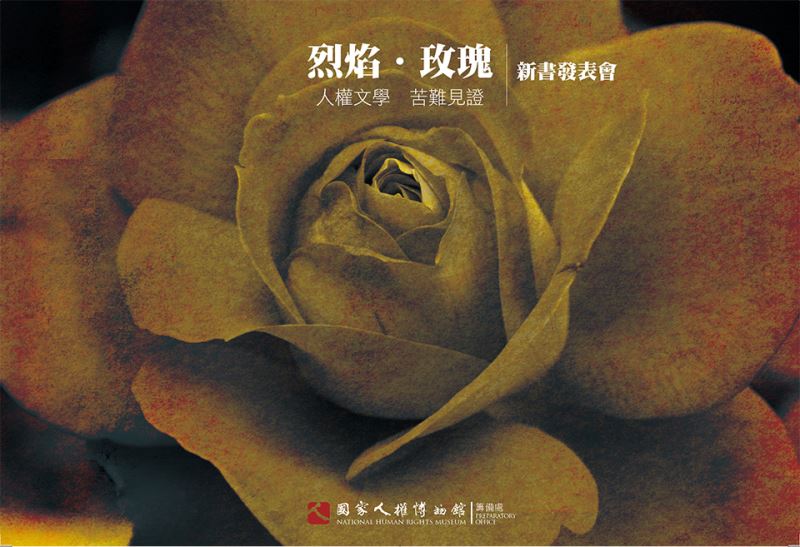 "Flames & Roses — A Witness to Human Rights Violations and Sufferings,” a collection of articles written by Taiwan's political victims, was published on Jan. 15. The writers, including Yang Pi-chuan, Tseng Hsin-yi, Xiang Yang, and editor-in-chief Yang Tsui, attended the book release organized by the Preparatory Office of the National Human Rights Museum. Other political victims were also present to share their stories.

The book is part of the preparatory office's efforts to collect the oral history of political victims and to preserve their memories. By the end of the year, 140 victims' stories will be recorded in words, while documentaries on 25 victims are expected to be completed, according to Wang Yi-chun, director of the preparatory office. Another upcoming book featuring human rights literature will be edited by poet Xiang Yang.

The office will also open two courses - "The White Terror” and "Oral History” - at the National Tung Hua University in Hualien County. To further strengthen human rights education at local institutes, more relevant courses will soon be offered at various universities around Taiwan.

During the oppressive White Terror era, some writers were wronged and imprisoned, but they continued to write in jail. Their articles are akin to roses in blossom despite their personal sufferings, hence the title of the published collection. The writers, whose works are collected in the book, were born in the period from the 1910s to 1960s. They indicated that their experiences are part of the collective memories across generations, genders, regions, and social classes of that era.

Poets Xiang Yang and Lee Min-jung each recited a poem at the book-launching event, followed by other writers' candid discussions about their lives in prison. The nation's history was made at the sacrifice of the lives and youthfulness of the masses and should not be forgotten, said history scholar Yang Bi-chuan.

The Jan. 15 event ended with the singing of two songs written by local songwriter Wang Hsin-yun. A forum on the book is scheduled for Jan. 20 at the National Chung Hsing University in Taichung.