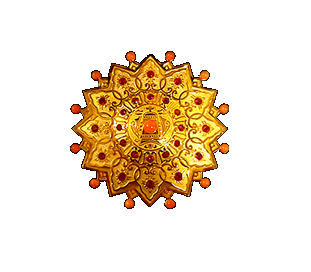 Architect Wang Da-hong (王大閎) and writer Pai Hsien-yung (白先勇) have been named the two recipients of this year's National Cultural Award, the only government-organized honor in Taiwan that recognizes the lifetime achievements of artists from different fields.

Wang, who is best known for designing the National Dr. Sun Yat-sen Memorial Hall in Taipei, was educated as an architect in the United Kingdom and the United States. The 80-year-old has been dubbed the 'poet of architecture' because of the artistic and cultural merits of his works.

Pai's literary works carry elements from both Western and Chinese literature and his style is marked by vivid characters, strong narratives and the unabashed portrayal of human nature.

The 76-year-old is best known for 'Taipei People,' a short story collection, and 'Crystal Boys,' a novel about homosexual youths in Taipei set in the 1960s. Moreover, he has devoted himself to promoting Kunqu Opera (崑曲) among younger generations in the recent years.

Pai's novels show the joys and sorrows of an era through the struggles of ordinary people while Wang's architectural designs have created a new balance between strength and beauty, Culture Minister Lung Ying-tai pointed out.

She stated that the works of the two recipients reflect Taiwan's inherent cultural traits — 'deep, dedicated, and discreet.'

An awards ceremony will be held at the Taipei Zhongshan Hall on Feb. 27, in which Premier Jiang Yi-huah will present each winner with a grant of NT$1 million (US$33,256) and a medallion of honor.

First established in 1980, the prestigious award is bestowed to experts in fields such as literature, religion, philosophy, and education, as well as traditional drama, dance, and music.

All those who've contributed to the promotion and development of culture in Taiwan are eligible for the honor, and no restrictions have been placed upon the nationality of the recipient.

The award panel selects one to five recipients per year. A total of 68 scholars have received the award to date, including the award winners of 2013 - the renowned Taiwanese movie director Hou Hsiao-hsien (侯孝賢) and the late composer Li Tai-hsiang (李泰祥).