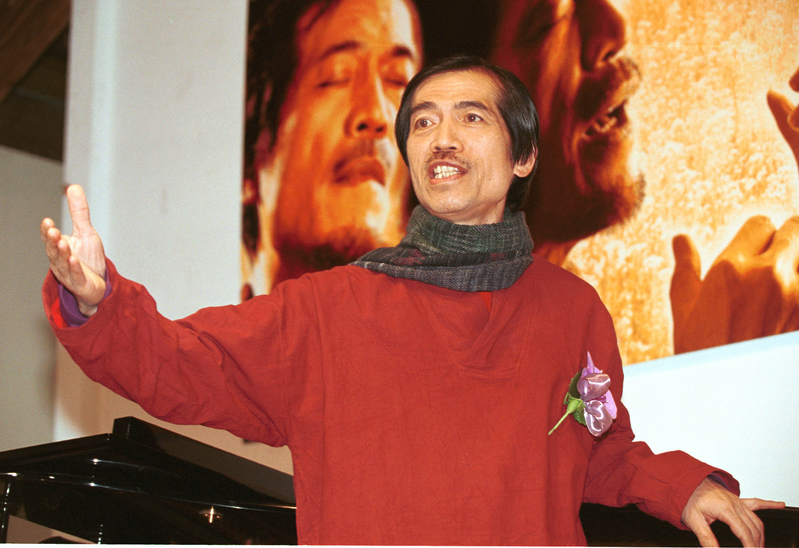 Veteran Taiwanese musician Lee Tai-hsiang (李泰祥) passed away on Jan. 2 after a long battle with Parkinson's disease, leaving behind a lasting legacy in musical talent and philanthropic spirit.

The 72-year-old musician passed away in his sleep at 8:20 PM in a hospice ward at the Buddhist Tzu Chi General Hospital in New Taipei's Xindian region, with his family at his bedside.

Although he had to combat Parkinson's disease and other ailments for more than two decades, Lee remained devoted to music until the end.

A Christian memorial service will be held for Lee, according to his younger brother, Lee Tai-ming.

Born into a family of the indigenous Amis tribe, Lee studied violin during his college years. He became the first chair violinist of the Taipei Symphony Orchestra following his graduation in 1964.

At the invitation of Germany's Goethe Institute in the autumn of 1972, Lee and other musicians, including German Professor Wolfram König, formed a quartet that toured major cities in Taiwan and Southeast Asia.

Lee was awarded full Rockefeller scholarship in the spring of 1973 and went to study music at the Music Experimental Center at the San Diego State University in California. His main concern, however, was to keep Chinese folk music alive.

On his return in 1974, he became conductor of the Taiwan Provincial Orchestra, but left two years later to devote his time to composing.

In an attempt to improve what he called public taste, Lee once tried writing commercial jingles, even appearing personally in a couple of commercials.

He later went on to build a name for writing crossover tunes, honing his unique style of using classical techniques and instruments to make new arrangements of popular music and folk songs.

From the late 1970s through the 1980s, he composed for a number of singers, producing songs such as 'The Olive Tree,' 'Farewell,' 'A Spring Sculpture,' 'The Answer,' 'The Mistake,' 'Chrysanthemum Sigh,' 'Journey,' 'You Are All My Memories,' 'The Sunshine Avenue,' 'Bottle of Sighs,' and 'Since You Ask.'

Many of those songs, including 'The Olive Tree' and 'The Sunshine Avenue,' were created in response to a campaign initiated by famous poet Yu Kuangzhong (余光中) in the 1970s to set modern Chinese-language poems to music. A number of them have become classic favorites for music lovers.

Lee was diagnosed with Parkinson's disease in 1988. He had fought the illness for many years and underwent deep brain stimulation in 2000, a procedure in which a pulse generator was implanted in his brain.

After the surgery, Lee finished his trio chamber music work for vocal, piano, and strings — titled 'Since I Met You That Time' — as well as a series of folk songs.

He spared no efforts to promote native Taiwanese and aboriginal music either. In the later years of his life, he worked hard to compose aboriginal songs. His works in this category include 'Hunting,' a vocal, percussion and large-scale orchestral work based on an Amis epic, and 'Malan Suite,' a violin solo.

Lee was presented with the National Cultural Award in April of 2013. He attended the award ceremony at Taipei Zhongshan Hall accompanied by medical personnel, while an ambulance waited outside the building.

World-renowned Taiwanese choreographer and dancer Lin Hwai-min (林懷民) said in an introductory speech at the 2013 ceremony that Lee's 1980s folk song suites have impressed and moved him.

'I came to learn that folk songs can be very powerful, vibrant, and energetic,' Lin stated, adding that Leehas contributed greatly to Taiwan's overall cultural depth.

Lee said in his acceptance speech, read by his daughter Lee Ruo-ling (李若菱) on his behalf, that music runs in his veins

'Without music, I have nothing,' he added.

Culture Minister Lung Ying-tai has expressed her deepest condolences, saying that she will be among those who will miss the "fiery passion” in Lee's heart. Papers appealing for a posthumous presidential citation have also been submitted for Lee.