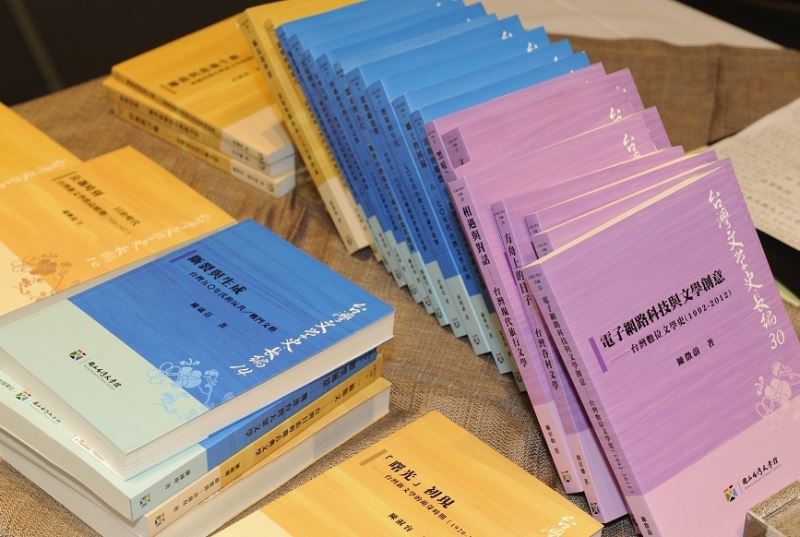 After a three-year preparatory period, the National Museum of Taiwan Literature (NMTL) has completed the first-ever collection on the literary history of Taiwan.

Released on Dec. 12, the anthology consists of a set of 33 books, including the history of aboriginal oral literature, Koxinga-era literature, and the history of works from the Qing Dynasty, the Japanese colonial period, the post-World War II period, as well as the more recent wave of literary works written in Taiwan's native dialects.

"The History of Taiwan's Literature” is the first large collection of its type; 35 scholars were invited to write, and more than 20 people were chosen to examine and revise the works. The collective piece has finally been published after 3 years of effort.

The set of books begins with 'The Call from Mountains and Sea ─ Taiwan's Indigenous Oral Literature,' followed by Koxinga-era literature, and concludes with pieces written in a range of local dialects.

Lee Jui-teng, director of the NMTL, said that this set of books is the first to include and examine the history of aboriginal oral literature, as well as the chronological history of literature development in Taiwan.

However, from the 1970s and onward, in order to provide detailed observations, the books have been categorized according to genre. Lee expects that such intuitive organization will stimulate more thinking and ideas. The NMTL, a subordinate organization of the Ministry of Culture, began to prepare for the "History of Taiwan’s Literature" project in 2010. The extensive project was designed to provide those who were interested in the history of Taiwan’s literature with more comprehensive resources.