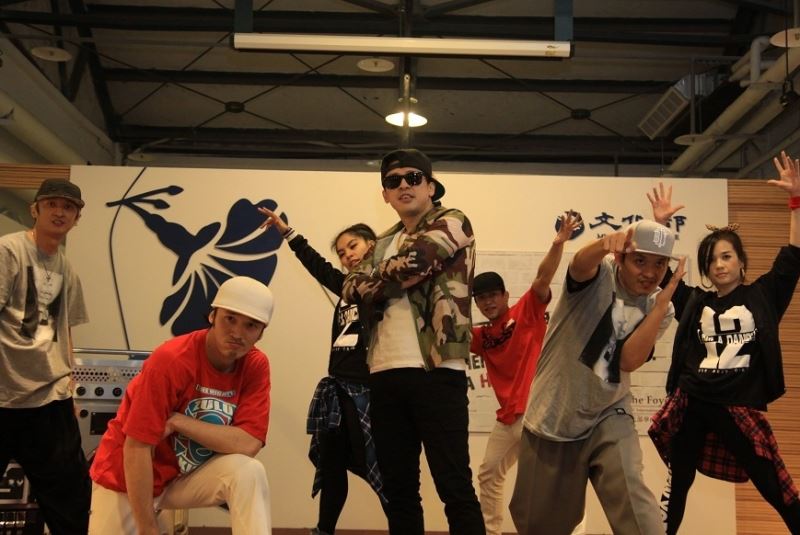 The German institutions organize free hip-hop cultural programs every year to encourage young people to socialize and express their ideas with their body. For example, a recent stage production combining teen street dance with classical music was critically acclaimed.

The two German experts were invited by the Ministry of Culture to look into the booming hip-hop street dance culture in the cities of Taichung, Taipei, and New Taipei, and to interact with local dancers and hip-hop organizations.

Culture Minister Lung Ying-tai said it was quite meaningful to "allow hip-hop to enter Taiwan's cultural scene.” Hip-hop music channels both personal sentiments and profound ideas about social issues, noted the Minister, who added that she was happy to meet with the German experts and to learn from their experiences so that the Ministry can formulate better policies related to hip-hop culture.

Both German experts spoke highly of Taiwan's hip-hop creations and expressed their interest in further exchanges with Taiwan. In addition to hip-hop and pop music professionals, local non-profit youth organizations and student societies, such as the Taiwan Alliance for Advancement of Youth Rights, also took part in the event.

The Kultur Palast Hamburg was established in 1980 to foster musical talent, particularly in non-mainstream genres, and to encourage young people to express themselves through hip-hop.