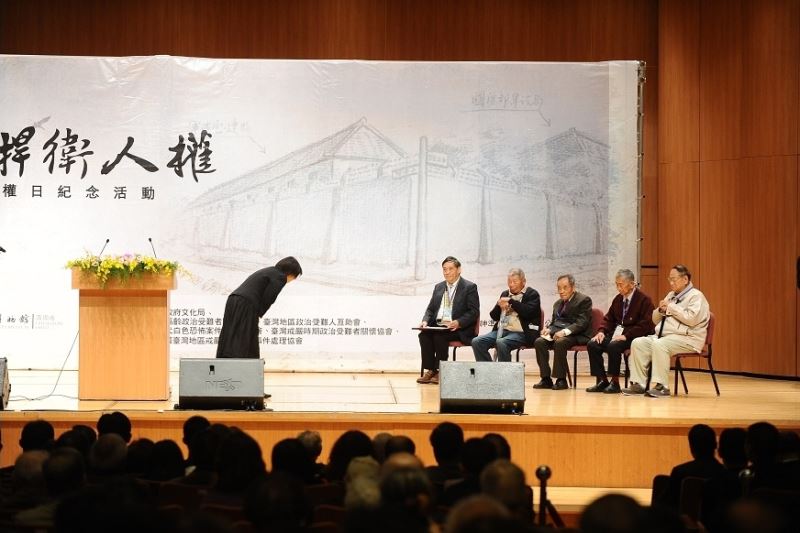 Over 360 political victims of Taiwan's White Terror era and their family members were invited by the Ministry of Culture to attend a memorial concert as part of the nation's events marking the International Human Rights Day.

Besides the two concerts at Taipei Zhongshan Hall and the Jingmei Human Rights Memorial & Cultural Park, the Ministry will also hold a special exhibition featuring the handwritten letters left by political victims right before their deaths and relics from the White Terror era to present the historical traces of those difficult years.

Kao Ying-chieh (高英傑), a representative of the political victims, donated the belongings left behind by his father, Kao Yi-shen (高一生), to the Jingmei Human Rights Memorial & Cultural Park. He also attended the memorial concert to present an oration on the last letter written by his father before his execution about 60 years ago.

Culture Minister Lung Ying-tai cited a famous quote from Nelson Mandela, the late former South African president and anti-apartheid icon. "But I can only rest for a moment, for with freedom come responsibilities, and I dare not linger, for my long walk is not ended,” she said, stressing the nation's responsibility in making the younger generations understand, remember, and respect the sacrifice of our predecessors.