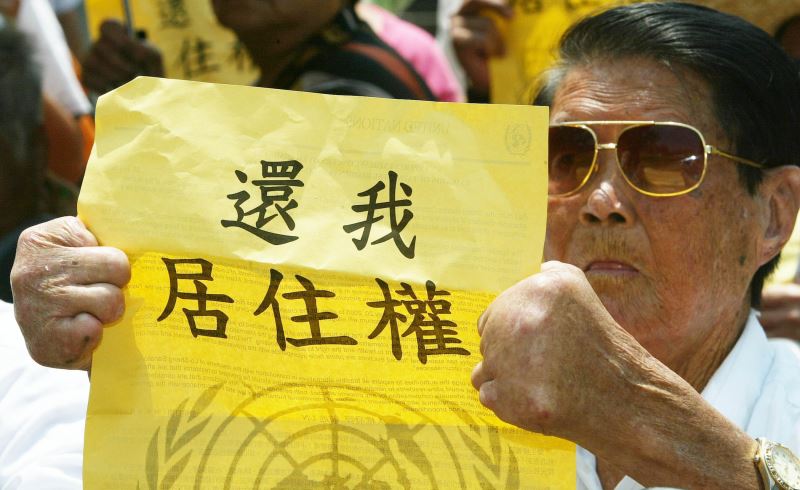 In response to local activists' appeal concerning the stranded fate of the Lo-Sheng Sanitarium, Culture Minister Lung Ying-tai has announced a series of ongoing development and restoration plans for the historic complex.

Several civil groups, including the Taiwan Leprosy Patients' Self-Help Organization, made a formal request to the Ministry of Culture for "designating the Lo-Sheng Sanitarium as a historic site and implementing its on-site restoration” on Dec. 2. Upon their arrival, the Minister instructed Shy Gwo-long, director of the Ministry's Bureau of Cultural Heritage, to receive the activists and explain the government's position.

Shy explained that the government has been preparing for the preservation of the leprosarium since 2002. In addition to drawing concrete proposals, the Ministry has also helped the Ministry of Health and Welfare (MOHW), which manages the facility, to complete the general planning and environmental evaluation for the leprosarium's overall development.

The Ministry has also been lobbying for the inclusion of the facility on UNESCO's world cultural heritage site list, collecting data related to the local history of leprosy and medical human rights, and producing related documentaries. The Ministry has also successfully persuaded the New Taipei City government in registering the Lo-Sheng complex as a regional historic building and cultural site in 2009.

Many inter-ministerial meetings have been held to help integrate resources and gather relevant authorities to preserve the sanitarium, stressed Shy. Negotiations have been conducted on affairs such as routine management and maintenance, emergent repairs and the monitoring of the facility's safety.

In 2012, the Ministry asked the New Taipei City government to establish a task force to supervise the preservation work. The task force now includes experts, scholars, and officials from the Ministry, the MOHW, the Taipei City Department of Rapid Transit Systems, the Xinzhuang District Office, and the sanitarium's administration.

The task force has convened five times thus far and the Ministry is pushing for the completion of a development plan, which can then be submitted to the Executive Yuan for review. Before the plan can be submitted, however, several high-priority tasks need to be carried out first, including the discussion of restoration details with the sanitarium's current residents.

With the help of relevant government agencies and experts, the MOHW will soon complete the sanitarium's development plan, which will come with an estimated budget of NT$1.99 billion (US$67.25 million). The budget will cover both the repair and restoration of the Lo-Sheng buildings. Once the plan receives approval from the Cabinet, the sanitarium residents will be invited on board to help with the implementation of the plan.

The Ministry hereby extends its heartfelt appreciation and gratitude to the following organizations and individuals for their long-term dedication to the preservation of the sanitarium: Lo-Sheng Sanatorium is the first and only government-run leprosarium in Taiwan. It was built in 1930 by the ruling Japanese authorities to treat quarantined patients with Hansen disease (now known as leprosy), which was incurable at that time. Currently, 189 patients still live in the compound, which now consists of two sections – a hospital and the original leprosarium.