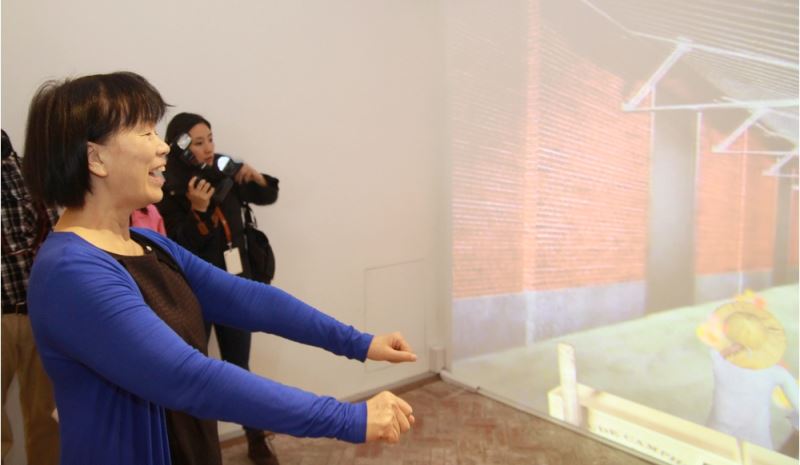 Culture Minister Lung Ying-tai presided over the inauguration of the National Taiwan Museum's South Gate Park, where Taiwan's oldest camphor production base was once located, on Nov. 29. Among the guests were veteran artisans, cultural assets experts and museum representatives.

The museum set a precedent by spending five years renovating the country's first modern camphor factory and other historic assets, including the raw material warehouse for storing opium, the camphor warehouse and the half-open loading bay. The park will be linked to the old railway administration office from the Japanese colonial period in the North Gate area to become part of a comprehensive museum establishment on Taiwanese history that encompasses natural history, industrial legacy and the nation's path to modernization.

The South Gate Park was built in 1899 as a major producer of camphor and opium, two monopolized products during the Japanese colonial period. Back then, the compound was also the largest camphor and opium processing factory in East Asia. Production was halted in 1967 and the current park is only one-eighth of its original size.

The inauguration ceremony began with sand paintings chronicling the factory's century-old history by portraying such scenes as the hustle and bustle in the factory and the smoke coming from the plants with tall chimneys. Minister Lung said the warehouse for storing raw opium was re-built using the stones removed from old Taipei City walls. "The body heat of our ancestors' palms can still be felt on these building blocks,” added Lung, who thanked the five veteran carpenters for renovating the historic building.

The facility's opening exhibition is of historic and educational significance. It introduces Taiwan's nationwide camphor industry and the old camphor factory's regional history. The exhibits include aboriginal tribes' camphor workshops and models of the distillation facilities imported from Japan. Visitors can also re-live the historical scenes by playing with the interactive devices. For example, the original factory is restored in an animation and visitors can step onto sensory pedals and take a virtual tour around the factory.