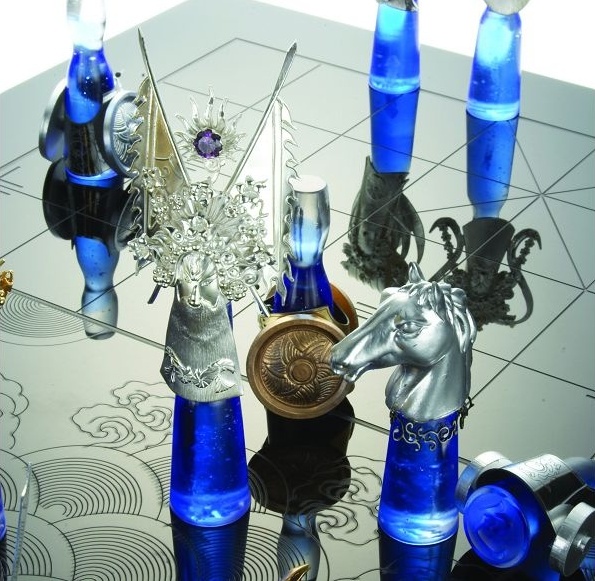 Taiwan will make its first-ever appearance in the upcoming International Heritage Show (Salon International du Patrimoine Culture), a prestigious exhibition featuring artworks from over 15 nations, at the Louvre Museum in Paris on Nov. 7.

The Taiwanese delegation will be led by the National Taiwan Craft Research and Development Institute, a subordinate organization of the Ministry of Culture that is tasked with promoting Taiwan's unique traditional crafts on the world stage.

To meet the theme of this year's International Heritage Show - "Heritage and Territories” - the Taiwan Pavilion has chosen to present the nation's handcrafted silver artworks.

The earliest fine silver metalwork in Taiwan can be dated back to the aboriginal settlers in prehistoric times. Gradually, fine silver immersed itself in local folk culture, becoming included in events such as religious celebrations and weddings.

Fine silver designs are mainly derived from animals and plants that symbolize auspiciousness and wealth. Crafted by hand, the metalwork embodies Taiwanese tastes, traditions and folklore.

Among the artisans to participate in the show is Lin Meng-cheng, who is known for making silver helmets and accessories. At the show, Lin will display a silver Chinese chess set he made in collaboration with designer Lin Hsiao-ying. Each piece of the chess features a silver figurine from the Peking opera and a body made of liuli glass.

In addition, Su and Yao also worked with designer Idee Liu to create the "World Cup” series, which was inspired by the cups of a certain world-renowned coffee company based in Seattle.

"Precious: Fine Silver from Taiwan” will be displayed at the F5 booth of the Louvre's Salle Soufflot from Nov. 7 through 10.

The 19th International Heritage Show will be graced by French President Francois Hollande, curators from other prestigious European museums and buyers from around the world.