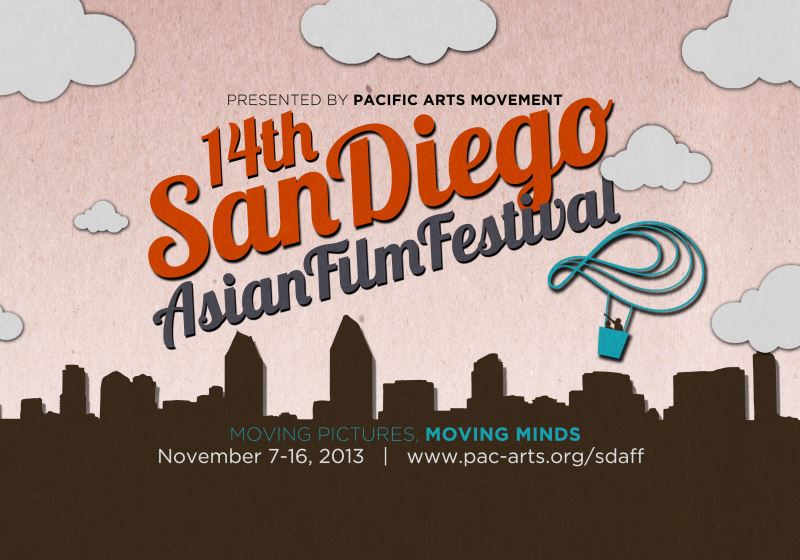 A series of Taiwanese blockbusters will be screened at the "Taiwan Cinema Showcase” segment of the annual San Diego Asian Film Festival, which will run between Nov. 7 and 16 this year.

Now entering its second year, the Showcase is co-presented by two University of California, San Diego (UCSD) organizations - the UCSD Chuan Lyu Endowed Chair for Taiwan Studies and the UCSD Taiwan Studies Lecture Series, with sponsorship from the Ministry of Culture and the Taiwan Academy in Los Angeles.

During the 10-day event, a total of eight Taiwanese movies and seven short films will be screened between the UCSD's Price Center Theater and Mission Valley's Digiplex Theater.

Among the films are new releases such as 'Soul' (失魂), 'Forever Love' (阿嬤的夢中情人), and 'Zone Pro Site' (總舖師), a comedy centered on the traditional Taiwanese outdoor banquet that are typically held at special events such as weddings, national festivals and one-month-old celebrations for newborns.

Others productions include 'A Time in Quchi' (暑假作業), 'To My Dear Granny' (親愛的奶奶), 'A Breath From The Bottom' (狀況排除), 'Will You Still Love Me Tomorrow?' (明天記得愛上我) and 'A Rolling Stone' (築巢人), an award-winning documentary from 2012.

Also of note is the 1983 drama 'The Sandwich Man' (兒子的大玩偶), an iconic film recently re-mastered and digitally restored. It's an early piece from Taiwanese director Hou Hsiao-hsien, one of the leading pioneers of Taiwan's New Wave cinema movement.

Meanwhile, Toyoharu Kitamura, co-director and lead actor of 'Forever Love,' will hold a Q&A session on Nov. 10 at the Price Center Theater.

For more information about the festival, please visit the event website here.